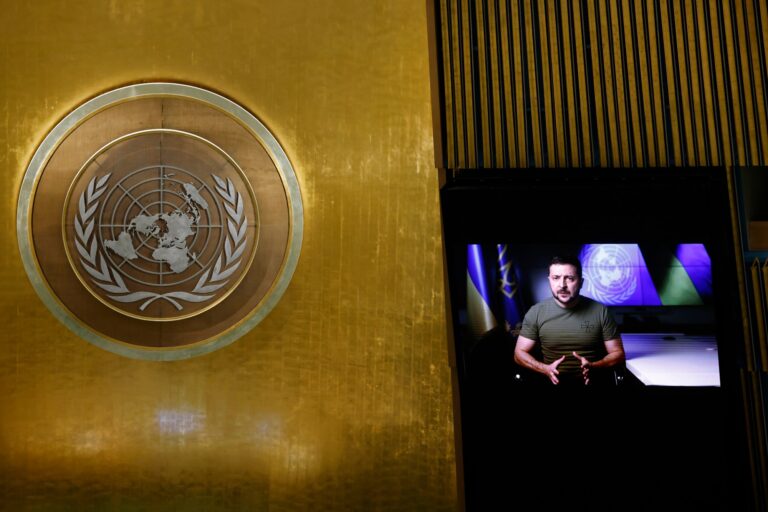 In a speech to the UN on Wednesday, Ukrainian President Volodymyr Zelensky called for the creation of a special court to punish Russia for its invasion of Ukraine.

Zelensky said Ukraine had prepared “exact steps” to create a tribunal but did not provide any specific details. The Ukrainian president also proposed that Russia’s voting, veto and delegation rights within the UN be revoked.

“This will be [a] signal to all “potential” aggressors that they value peace or must be held accountable by the world,” he added.

Zelensky earlier called for a tribunal at a conference hosted by the International Criminal Court in July. The renewed demands for a special court come shortly after Russian President Vladimir Putin called up 300,000 more troops on Wednesday.

Canada is lifting its testing, quarantine and vaccination requirements at the border, a move to…