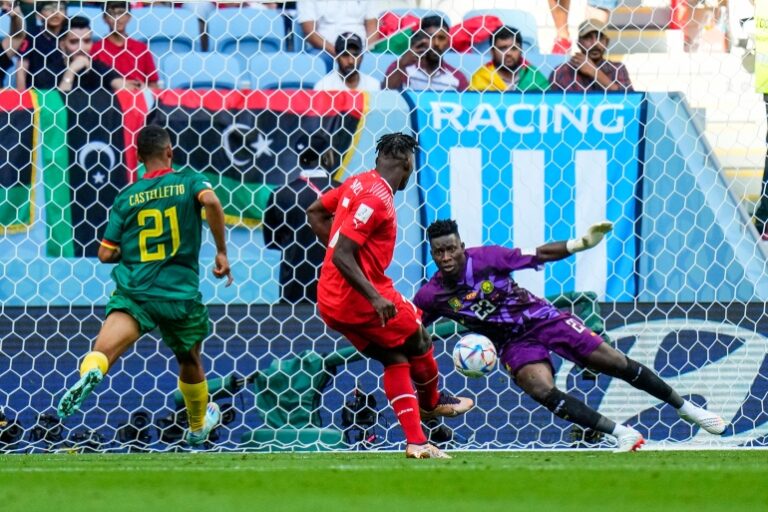 Switzerland continued their record of not losing a World Cup opening game in their last five games on the biggest soccer stage when they passed a lively team from Cameroon in their Group G game.

Cameroon-born striker Breel Embolo scored the winning goal for Switzerland in the first half after winger Xherdan Shaqiri pushed a perfect ball across the penalty area.

Embolo, 25, was born in Cameroon’s capital, Yaoundé, but moved with his family to Switzerland and received Swiss citizenship shortly after his 18th birthday.

After the goal, Embolo raised his hand apologetically as the teammates around him celebrated. He pointed to Swiss fans behind the goal he had scored and then to Cameroon fans on the opposite corner of Al Janoub Stadium.

Cameroon were the better team in the first half and might have had the lead as Karl Toko Ekambi, Eric-Maxim Choupo-Moting and Martin Hongla all missed out on good chances against a lackluster Swiss team fighting for first gear.

But the Swiss were significantly better in the second third and took the lead thanks to Embolo’s well-crafted goal. Ruben Vargas had an excellent chance of scoring a second goal but was thwarted by goalkeeper Andre Onana even though Cameroon had run out of breath.

Brazil and Serbia complete the group and will play later today.