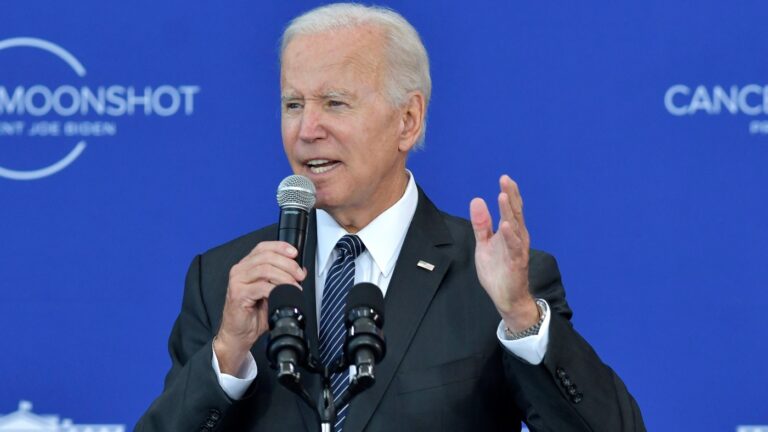 Last week, President Joe Biden commemorates the 60th anniversary of former President John F. Kennedy’s historic moonshot speech, in which he shared a vision of bringing the first man to the moon. In his remarks, Biden rekindled his original Cancer Moonshot efforts in 2016 to accelerate progress toward “ending cancer as we know it.”

It is a deeply personal crusade for the president. He lost his son Beau in 2015 to glioblastoma, the rare and almost always fatal brain disease that also cost the lives of his colleagues and friends, the late US Sens John McCain (R-Ariz.) and Ted Kennedy (D-Mass.), as well as thousands of Americans. That is why we should also celebrate the promise of new hope that is gradually being realized for patients diagnosed with the disease.

According to recently released real-life clinical data, a moonshot for this gruesome and seemingly hopeless disease could already be within reach, thanks in part to a law known as the “Right to Try.”

By 2018, federal regulations made it difficult, if not almost impossible, for patients to access drugs that were not fully approved by the US Food and Drug Administration (FDA). But in 2018, those barriers fell when Right to Try became the country’s law. The landmark reform allowed Americans with life-threatening or terminal illnesses to receive treatment — under medical supervision and recommendation, but without first having to ask the federal government for permission — who are considered safe enough for human testing but have not received FDA marketing Approval. And in 2019, Epitopoietic Research Corporation (ERC) became the first drug manufacturer to announce a formal Right to Try program to treat patients with glioblastoma, which has a five-year survival rate of less than 7 percent under the current standard of care.

According to a new study published recently in Frontiers magazine in Oncology, data shows that the Right to Try program is working. In fact, the Right to Try treatment, which includes the addition of a monoclonal antibody to the clinical trial protocol, had a median overall survival of just under 20 months. That is almost three times the mean survival rate of 6.6 months, which had stalled for more than a decade, and it points to a better result than the impressive results of the clinical trial protocol, which had a median survival of 12 months.

The encouraging results of the study contributed to the FDA’s decision last month to name the treatment “Fast Track,” making it eligible for an expedited approval process. And the program is also promising for several other hard-to-treat types of cancer, as it is seen as a “platform” treatment that can help develop other innovative therapies.

These preliminary results are undoubtedly good news for patients, their loved ones, and the medical teams that care for them. But they also provide important proof of concept that shows how Right to Try is now fulfilling its original intention of expanding and protecting medical autonomy while speeding up the clinical development process.

But there is still a lot of work left. Today, the latest innovative treatments are tailored to individuals using their unique genetic makeup. However, the current rating system for clinical trials, which was developed more than half a century ago, works almost exclusively with treatments intended for hundreds or thousands of patients.

If surgeons operated with 1960s technology, patients would die unnecessarily. However, the FDA is working with an outdated regulatory system that prevents patients from accessing the latest medical innovations.

It is literally a matter of life and death. For this reason, Right to Try should be expanded to include these individual options, opening the door for even more treatments and further modernizing the American drug approval process. These efforts could more quickly reach the approximately 30 million Americans, half of them children, who face 7,000 rare and extremely rare diseases that are difficult to diagnose. Such diseases are often genetic, treatments for them are rare, and diseases are usually progressive and life-threatening.

For the original Moonshot, the technology needed to achieve the historic feat had to be designed and built from scratch. However, our biggest challenges in achieving Cancer Moonshot goals are primarily removing the government bureaucracy and bureaucracy that hinders innovation. These barriers stand in the way of researchers’ discoveries, doctors’ experiences, and patients’ treatment preferences — most of which require no additional investment from taxpayers and can be achieved in ways that ensure patient safety and informed consent.

It is time for lawmakers to take the next important step to get the right treatment for the right patient and at the right time.