Vaccines against dementia: What are they and when could they be available? 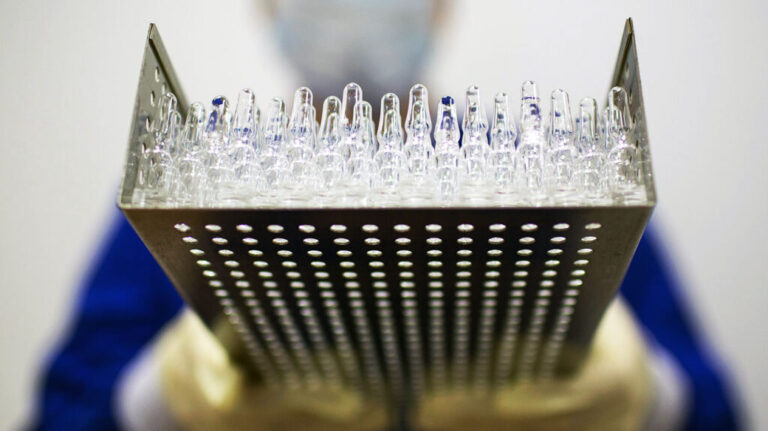 Vaccines are arguably one of the greatest inventions in medical science of all time. Now, researchers want to take vaccine technology one step further to protect against neurodegenerative diseases such as dementia. In this special article, we asked experts what is currently being developed, how a dementia vaccine would work, and how quickly we could see one become available to the public.

Dementia is an umbrella term that refers to a range of disorders that affect how a person’s brain works and cause symptoms such as memory loss, behavioral changes, and difficulty speaking and walking.

The most common type of dementia is Alzheimer’s disease, which accounts for 60 to 80% of dementia cases.

More than 55 million people worldwide suffer from dementia, with around 10 million cases being added every year.

Is a dementia vaccine even possible?

Researchers are now looking at the possibility of using a vaccine to protect a person from developing dementia.

Traditional vaccines, such as vaccines against flu and shingles, train the body’s immune system to fight off certain viral infections.

“It is increasingly recognized that the immune system is relevant in the central nervous system, both in terms of promoting a disease state and in potentially recovering from an illness or even preventing it, including something as complex and devastating as dementia,” said Dr. David A. Merrill, psychiatrist and director of the Pacific Neuroscience Institute Pacific Brain Health Center at Providence Saint John’s Health Center in Santa Monica, California.

He cited recent evidence as an example showing that a person vaccinated against flu or pneumonia could reduce their risk of developing dementia.

“It inspires the idea, ‘Could activating or supporting the immune system actually help ward off the process of dementia or the process of degenerative nerve disease? ‘” Dr. Merrill continued.

“The starting point for the theories or hypotheses about Alzheimer’s didn’t start with ideas about the immune system, but in the end, treatments may and should perhaps include supporting or improving immune system function as we age,” he told us.

What would a dementia vaccine do?

According to Dr. Michael G. Agadjanyan, vice president and professor of immunology at the Institute for Molecular Medicine in Huntington Beach, California, vaccines against neurodegenerative diseases are such as subunit vaccines — which use only a portion of the pathogen — and recombinant vaccines, which use DNA technology to create antibodies against the most immunogenic peptide segments.

Dr. Heather Snyder, vice president of medical and scientific relations for the Alzheimer’s Association, said it was an exciting time in Alzheimer’s research as over 100 potential therapies are being tested at various stages of the research process and many more are being developed.

“Some research has been done looking at active immunizations, such as vaccines, to “protect” people from Alzheimer’s, she explained. “These are vaccines that are being developed to combat the biology associated with Alzheimer’s.”

“In some cases, they use the biology of decades of vaccine development on a larger scale in medical care. There are also different types of delivery systems and different types of biology that a vaccine can target for potential therapy,” she explained.

Dr. Agadjanyan explained that vaccines against dementia would trigger immune responses against pathological molecules in the body associated with dementia, including:

“[beta amyloid] plaques are formed from beta amyloid protein. Neurofibrillary tangles are formed in the neurons of the brain from hyperphosphorylated tau protein. These accumulations of beta-amyloid and tau protein lead to the destruction of neurons and the development of inflammatory processes,” he said.

“As a result, neurons and the connections between them disappear, and memories, the ability to create them, and other cognitive functions in humans — thinking, ability to focus on a task, logic, etc. — go along with them,” he continued. “Once a person is diagnosed with Alzheimer’s disease, they rarely manage to spend more than five to seven years in this world.”

A number of vaccines for dementia are currently in various stages of clinical trials to investigate their effectiveness and safety, including:

Earlier this year, pharmaceutical company Vaxxinity announced that it had received the FDA rapid award for its immunotherapy vaccine against Alzheimer’s disease. The vaccine candidate UB-311 has completed phase 1 and 2A clinical trials, with phase 2B expected to start at the end of 2022.

Dr. Snyder reported that the Alzheimer’s Association’s Part the Cloud program is currently funding an early-stage clinical trial testing the use of a vaccine to reduce brain inflammation in people with early-stage Alzheimer’s disease. She stated that the study is expected to be completed in autumn 2023.

And Dr. Agadjanyan is part of a team at the Institute of Molecular Medicine (IMM) that is developing a vaccine against Alzheimer’s disease.

“Our goal was to develop an immunogenic vaccine that could induce sufficient antibodies in the periphery of all vaccinated, cognitively unimpaired elderly people with immunosenescence and delaye/stop the onset of Alzheimer’s disease,” he explained.

“We have developed a unique type of vaccine based on the universal platform technology MultiTEP, which we developed at IMM. This platform stimulates memory and naive helper T cells, which in turn activate B cells to produce antibodies at a much higher rate — up to ten times — than vaccines currently used in clinical trials. When there are a large number of antibodies produced, the aim is to prevent/suppress the aggregation of [beta-amyloid] and/or tau and to stop or at least delay the onset of the disease.”

When will a dementia vaccine be available?

Dr. Merrill predicted it will be a while before vaccines are available to the public.

“It will be a few more years before a vaccine is able to survive the development process, regulatory hurdles [and] clinical trial phases,” he emphasized.

Dr. Snyder agreed and explained that previous studies were very small or had been carried out on mice.

“More research is needed on large, diverse human populations before we can comment on the potential benefits of a vaccine to protect or treat Alzheimer’s,” she advised.

Additionally, Dr. Merrill said people may be reluctant to use a dementia vaccine depending on how long the vaccination process may take.

“If you look at early-stage studies, the schedule or dosage of the vaccines can be very different,” he explained. “In principle, you could hope for just one vaccine with a single dose and you would be protected, but in reality it could be that it could take a series of vaccines. Monthly vaccinations for one year are a design.”

“And the question is, how interested are people going to be in getting that? ” Dr. Merrill asked. “Of course, if it really protects you and prevents you from getting Alzheimer’s, I think people would queue up and be very interested. But it all depends on developments — it’s uncertain here.”

On the other side of the argument against dementia vaccines is Dr. Karl Herrup, professor of neurobiology at the University of Pittsburgh School of Medicine.

He told MNT that the dementia vaccines try to use the power of the immune system to combat the biology of dementia, and all are based on the hypothesis that deposits of misfolded proteins — amyloid, tau, and others — are the primary causes of the disease.

“While the vaccines differ in their strategies, they are all based on using antibodies against the deposits to break down and/or remove them,” he explained.

“The bad news is that, despite this biochemical success, the therapies have no significant clinical benefit. In some studies, patients taking the drug fared even worse than those taking placebo. Many of us, myself included, have been arguing for a long time that the hypothesis of aggregate dementia is based on shaky reasons,” said Dr. Herrup.

“The results were a bitter disappointment for us,” added Dr. Herrup. “I would rather be wrong and have a useful Alzheimer’s treatment than be right and continue to suffer millions of people, but the results were not surprising.”

Dr. Herrup said that in his opinion, the only important question about a vaccine or dementia treatment is whether the treatment slows or stops the disease’s clinical signs — cognitive decline and behavioral symptoms.

“I assume that none of these therapies will significantly change the course of the disease,” he continued. “Since industry has invested the majority of its resources in these approaches and has ignored or sometimes suppressed other methods of investigation, it will unfortunately be years before meaningful therapies are available. Currently, the best approaches are non-pharmacological.”