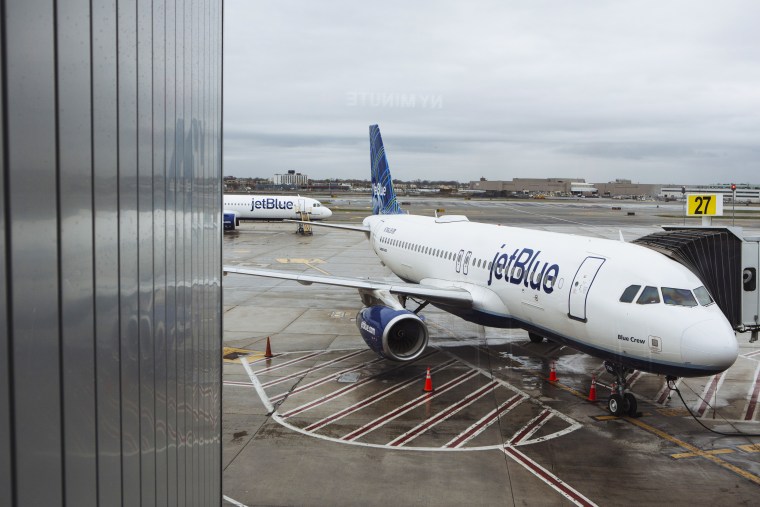 A Utah man accused of holding a straight-edged razor next to another passenger’s neck on a flight from New York City to Salt Lake City has been charged with assault, authorities said.

He was charged Tuesday with assault with a dangerous weapon on or near airplanes and carrying a gun on a flight, prosecutors from the US Department of Justice office in the District of Utah said.

Merrill Darrell Fackrell, 41, from Syracuse, Utah, a northern suburb of Salt Lake City, was advised by a federal public defender’s office, which doesn’t immediately respond to a request for comment.

Officials say he boarded a flight at John F. Kennedy International Airport using a concealed straight-edged razor that was marketed to hairdressers.

The incident happened on Monday, at the start of one of the busiest travel weeks of the year. AAA estimates that more than 53.4 million people will leave their homes for Thanksgiving.

According to a police report included in the criminal complaint, Fackrell, who officers said had “drunk several alcoholic drinks,” tried to use his hand to block the screen of a woman who was watching a movie in the seat next to him.

The woman said he held the razor next to her neck when he told her to interrupt the movie, according to prosecutors.

The woman’s husband, who was sitting in the same row, had been asked for help.

“He wanted to get help because he knew something was really wrong,” the woman told NBC partner KSL, who concealed her name. “He didn’t knowingly leave me to deal with a man with a gun alone.”

The woman threw herself into the corridor and remained unharmed, the public prosecutor said.

It was said that the couple were brought to the front of the plane.

Judge Daphne A. Oberg of the US District Court in Utah ordered Fackrell’s arrest on Wednesday.