US Supreme Court paves way for getting Trump’s tax returns 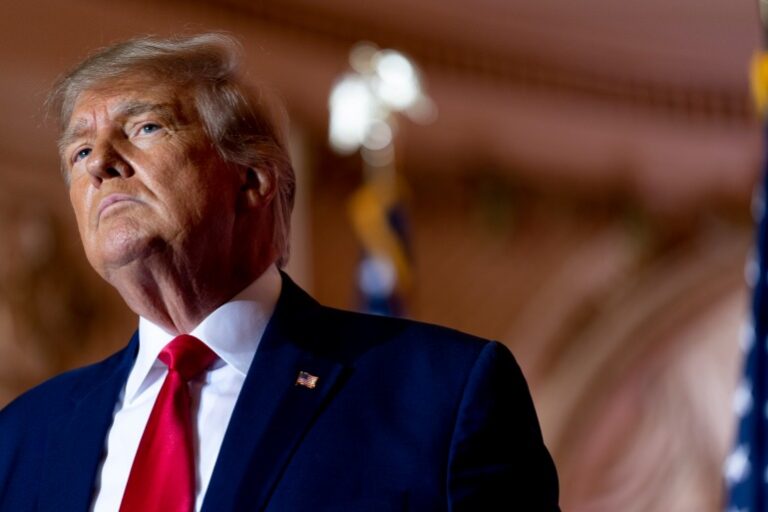 The Supreme Court of the United States on Tuesday cleared the way for the imminent handover of former President Donald Trump’s tax returns to a congressional committee following a three-year lawsuit.

The court, without comment, rejected Trump’s plea for an injunction that would have prevented the US Treasury from filing tax returns for Trump and some of his companies to the Democrat-controlled Ways and Means Committee of the House of Representatives for six years.

It was Trump’s second loss before the Supreme Court in as many months. In October, the court declined to join the lawsuit over a search of Trump’s estate in Florida carried out by the Federal Bureau of Investigation (FBI) and in which classified documents were found.

In the dispute over his tax returns, the Treasury Department had refused to provide the records during Trump’s presidency. However, the Biden administration said the federal law is clear that the committee has the right to review the tax returns of all taxpayers, including the president’s.

Chief Justice John Roberts imposed a temporary suspension on November 1 so that the court could weigh up the legal issues raised by Trump’s lawyers and the counterarguments raised by the government and the US House of Representatives.

The House of Representatives claimed that an order preventing the Internal Revenue Service (IRS) from filing the tax returns would give lawmakers “little or no time to complete their legislative work during this Congress, which is rapidly drawing to a close.”

Had Trump persuaded the nation’s highest court to intervene, he could have run out of time on committee, as the Republicans would be ready to take control of the House of Representatives in January. They would almost certainly have dropped the request for records if the issue hadn’t been resolved by then.

The House Ways and Means Panel and its chairman, Democrat Richard Neal of Massachusetts, first filed for Trump’s tax returns in 2019 as part of an investigation into the Internal Revenue Service audit program and the former president’s compliance with tax laws.

A federal law states that the Internal Revenue Service must “submit” all taxpayers’ tax returns to a handful of high-level lawmakers.

The Trump administration’s Department of Justice had defended a decision by then-Treasury Secretary Steven Mnuchin to withhold tax returns from Congress. Mnuchin argued that he could withhold the documents because he concluded that they were being sought by Democrats for party political reasons. A lawsuit followed.

After President Joe Biden took office, the committee renewed the motion and asked for Trump’s tax returns and additional information for the period 2015 to 2020. The White House took the view that the request was valid and that the Treasury Department had no choice but to comply. Trump then tried to stop the handover to court.

Then-Manhattan District Attorney Cyrus Vance Jr., obtained copies of Trump’s personal and business tax records as part of a criminal investigation. This case also went to the Supreme Court, which rejected Trump’s argument that he had broad immunity as president.