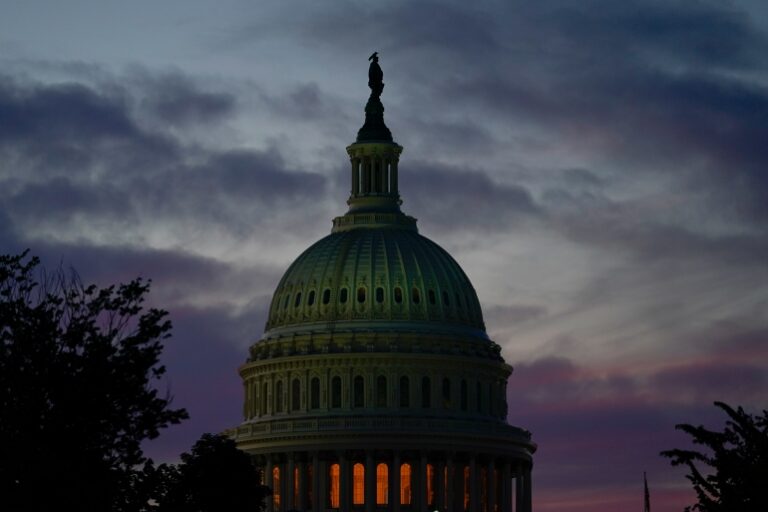 The United States Senate has passed an amendment to an international environmental agreement that would phase out the use of greenhouse gases to warm the planet, which is an important step to combat the climate crisis.

In a 69-27 vote on Wednesday, the Senate ratified the Kigali Amendment to the Montreal Protocol and promised to phase out the use of hydrofluorocarbons (HFCs), which are commonly used in heating, ventilation, air conditioning, and refrigeration.

The Montreal Agreement, a global treaty of 1987, successfully pushed for an end to the use of substances that deplete the ozone layer.

It has been amended several times to introduce stricter environmental regulations, including an advance on materials that do not affect ozone depletion.

The Kigali Amendment, named after the capital of Rwanda where it was completed, was passed in 2016.

Then-US President Barack Obama supported the measure in the last weeks of his presidency, but his successor Donald Trump, who withdrew from the Paris climate agreement, did not submit the deal to the Senate for approval.

In the United States, ratification of a treaty requires a two-thirds majority in the Senate.

On Monday, more than 20 Republican senators joined the Democrats in the evenly divided chamber to show a rare demonstration of bipartisanship.

President Joe Biden, who officially asked the Senate to pass the amendment at the end of last year, praised the vote as “historic” and said Washington was “back at the table leading the fight against climate change.”

“Ratifying the Kigali Amendment will allow us to lead the clean technology markets of the future by innovating and manufacturing these technologies here in America,” Biden said in a statement.

“The ratification will boost manufacturing job growth, strengthen US competitiveness, and advance global efforts to combat the climate crisis.”

Democratic Senate Majority Leader Chuck Schumer described the ratification of the amendment as an “important step” that would help combat climate change and create jobs in the US.

“It is a win-win situation that will make a big contribution to fighting rising global temperatures and at the same time create well-paid American jobs,” Schumer wrote on Twitter.

Marco Rubio, one of the Republican senators who voted for the contract change, said US manufacturers would already phase out the use of HFCs.

“Ratifying the Kigali Amendment will not change US law, but it will have significant benefits for American companies that manufacture and innovate heating, ventilation, air conditioning and refrigeration equipment by opening up additional export markets,” he said in a statement.