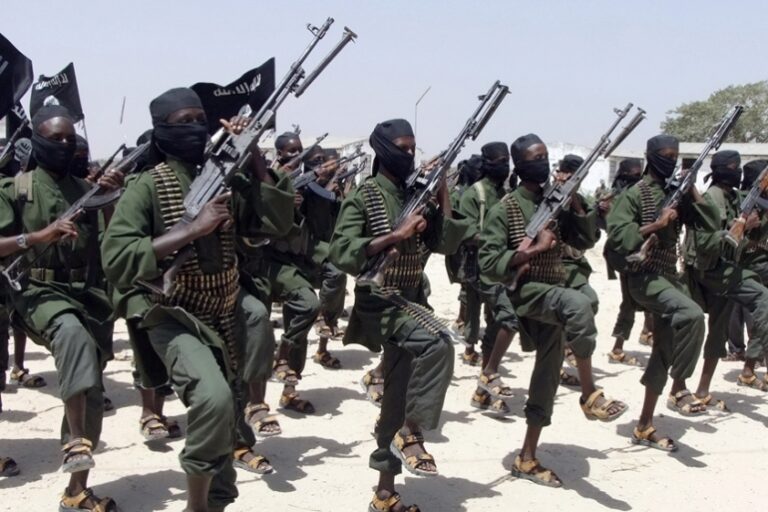 The US military has announced that it has killed 27 al-Shabab fighters in Somalia’s central Hiran region, where the country’s army and allied forces have launched an offensive against the group in recent months.

In a statement on Wednesday, the US Africa Command (AFRICOM) said it had carried out an airstrike against al-Shabab fighters who attacked Somali forces near the town of Buulobarde on September 18.

According to AFRICOM, no civilians were injured during the “largest combined Somali and [African Union Transition Mission in Somalia, ATMIS] in five years.”

The US has been carrying out airstrikes in Somalia for years against al-Shabab, an armed group linked to al-Qaeda.

Sunday’s strike in Buulobarde, about 200 km (125 miles) north of the capital Mogadishu, was the sixth strike this year, according to the AFRICOM website.

Residents in the Hiran region say that the torching of houses by al-Shabab, the destruction of wells and the killing of civilians combined with tax claims in the midst of the worst drought in 40 years has prompted locals to form paramilitary groups to fight with the government.

Earlier this month, al-Shabab fighters killed at least 19 civilians and destroyed trucks that delivered food aid in an attack in the region.

Ali Abdulle, a community leader in the town of Beledweyne, told The Associated Press over the phone that al-Shabab had made residents’ lives so miserable that they had to fight back.

“Al-Shabab burned our villages, blew up our wells and boreholes, destroyed telecommunications towers, planted explosives [improvised explosive devices] and indiscriminately murdered civilians,” he said. “There is therefore no choice but to face them.”

Al-Shabab has been fighting the Somali central government for more than a decade to establish its own rule based on a strict interpretation of Islamic law.

An ATMIS spokesperson and Somali government officials did not respond to requests from Reuters news agency for comment on Sunday’s airstrike.

ATMIS has publicly acknowledged no role in the operation, which a local elder said had captured 10 villages from al-Shabab in recent weeks.

In April, U.S. lawmakers presented legislation to prevent civilian damage during US military operations and to increase transparency regarding such incidents.

The bills would oblige the Pentagon to improve investigations into civilian deaths, establish a database for such investigations, and establish a center to advise the US government on “best practices for preventing, mitigating, and responding to civil damage.”

The legislation also calls for an unclassified report on how the US Department of Defense “has differentiated between combatants and civilians in United States military operations in Afghanistan, Iraq, Syria, Somalia, Libya, and Yemen since 2001.”