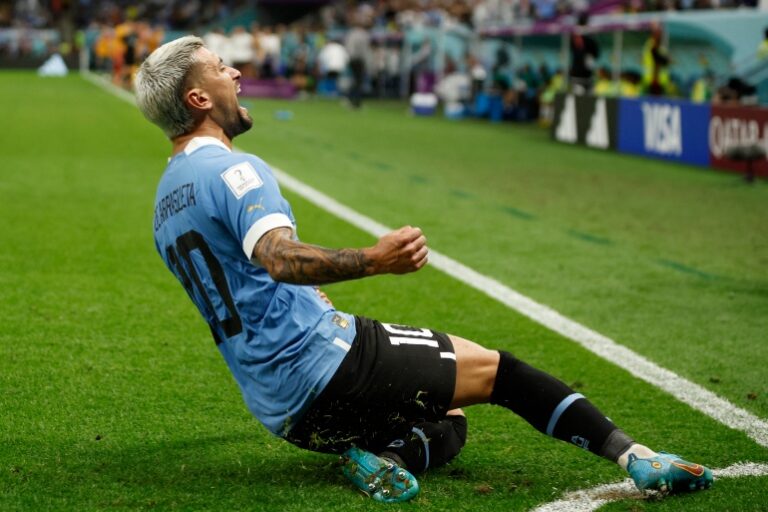 Giorgian de Arrascaeta scored twice when Uruguay beat Ghana 2-0 on Friday, but it wasn’t enough to keep them at the World Cup after South Korea beat Portugal in the group’s other game.

Luis Suarez from Uruguay famously pulled the ball off the line in extra time at the 2010 World Cup to prevent Ghana from taking a last breath. Ghana missed the subsequent penalty shootout and penalty shootout.

Andre Ayew missed this time with a tame penalty in the 21st minute, which Uruguayan goalkeeper Sergio Rochet could easily save. The penalty was awarded after Mohammed Kudus, Ghana’s best player during the game, suffered a stumbling block from Rochet.

Suarez, who was booed by Ghana fans during the warm-up, got two assists shortly after. De Arrascaeta led the ball over the line at close range after a shot from Suarez in the 26th minute and doubled his lead six minutes later with an excellent volley.

Uruguay had later denied a penalty claim from VAR after Darwin Nunez got tangled up in the pits with Daniel Amartey. La Celeste continued to dominate the game, with Facundo Pellistri missing out on a good chance in the 65th minute.

In the 79th minute, a loose ball was picked up by Antoine Semenyo, who narrowly missed the Uruguay goal from close range as Ghana began to threaten.

In the final stages, news of South Korea’s leadership had reached Uruguay Bank, and Suarez, who had been replaced, was seen in tears.

Uruguay knew they needed goals to overcome the goal deficit, and Edinson Cavani had a strong penalty shot that waved away after a clash with Alidu Seidu.

When the final whistle rang out, both teams looked emptied when they realized that South Korea had beaten Portugal 2-1 to advance to the elimination rounds against Uruguay due to the goal difference.

Portugal led the group with seven points, followed by South Korea and Uruguay with four and Ghana with three points.