UK net migration rises to a record level of 500,000 from year to June 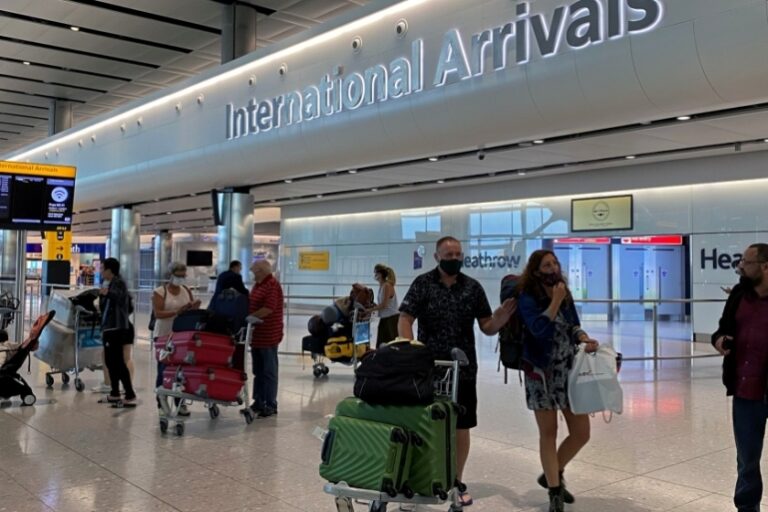 According to the Office for National Statistics (ONS), net migration to the UK has risen to a record half a million, due to a number of “unprecedented world events,” including the war in Ukraine and the end of lockdown restrictions.

Other factors that have contributed to this increase include the resettlement of Afghan refugees, the new visa route for British nationals from Hong Kong, and students traveling from outside the European Union.

A total of 1.1 million people are likely to have emigrated to Great Britain in the year up to June, the majority — 704,000 — from outside the EU.

The imbalance means that in those 12 months, far more non-EU citizens are likely to have arrived in the UK than left, while the opposite is true for EU citizens, as there are more emigrants than arrivals.

Jay Lindop, Deputy Director of the Center for International Migrations at ONS, said: “A number of world events have had an impact on international migration patterns in the 12 months to June 2022. Taken together, these were unprecedented.

“These include the end of lockdown restrictions in the UK, the first full phase after the transition from the EU, the war in Ukraine, the resettlement of Afghans, and the new visa route for British nationals from Hong Kong, all of which have contributed to the record long-term immigration figures we’ve seen.

“Migration from non-EU countries, particularly from students, is driving this increase. With the lifting of travel restrictions in 2021, more students came to the UK after studying remotely during the COVID-19 pandemic.

“However, the number of people migrating for a number of other reasons has also increased significantly. This includes people who come for humanitarian protection, for example from Ukraine, as well as for family reasons.

“Because of the many independent factors that currently contribute to migration, it is too early to say whether this picture will continue.”

Concern about the impact of immigration was one of the main reasons behind the UK’s vote to leave the EU in 2016. The then Prime Minister David Cameron repeatedly promised to reduce net migration below 100,000 per year.

Separate figures released by the British government on Thursday showed that 33,029 people arrived across the English Channel in small boats between January and September of this year. 61 percent of these people arrived in summer in the months of July to September.