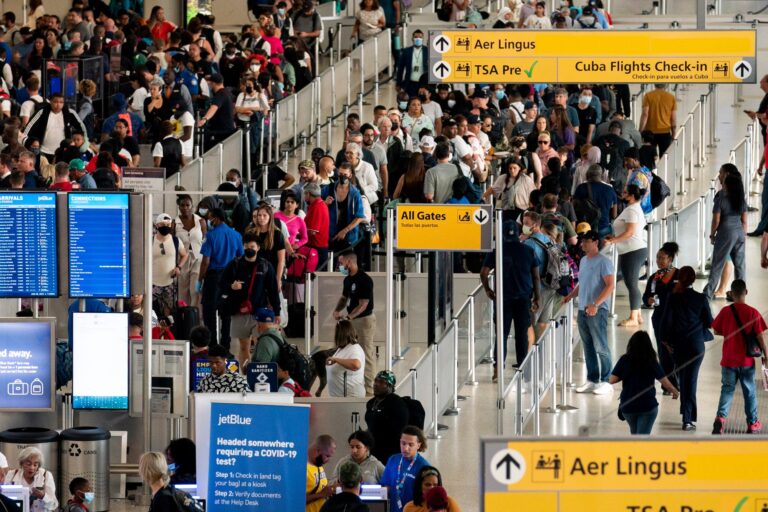 Transportation Security Administration (TSA) officials are known to occasionally find firearms and knives in passengers’ luggage, but on Tuesday, officers stumbled upon something more peculiar: an orange cat.

TSA spokeswoman Lisa Farbstein said an official was “shocked” when they found the cat in a passenger’s checked luggage during inspections at John F. Kennedy International Airport in New York.

Farbstein said the traveler had stated that the cat belonged to another person in their household.

“On the plus side, the cat is out of the bag and safely back home,” she wrote on Twitter.

A separate tweet from the agency shows an X-ray examination of the cat in the passenger’s luggage, which appears to be a wheeled suitcase, and an officer opening the bag with the cat inside.

The agency expects millions of Americans will pass through the country’s airports on Thanksgiving Day.

TSA data passed through security checks at airports by 2.3 million people on Tuesday.

The agency thought last week that Thanksgiving travel volumes could reach pre-pandemic levels. More than 2.5 million passengers may be traveling on both Wednesday and Sunday.

“We expect to be busier this year than last year and likely to be very close to pre-pandemic levels,” TSA Administrator David Pekoske said in a statement.

“We are ready to handle the forecast increase in travel volume next week. In the future, however, it is crucial to align TSA wage levels with those of other federal agencies in order to hire, train, equip and retain highly skilled and professional workers on the front lines of transportation safety in 2023,” Pekoske added, urging Congress to pass the Biden administration’s budget proposal for the agency.