The Solomon Islands were shaken by a huge earthquake, the tsunami alert was lifted 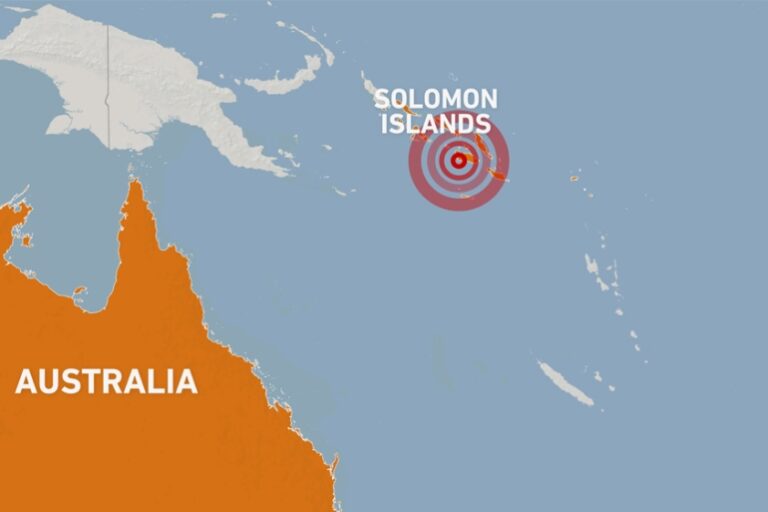 A major earthquake was reported near the Solomon Islands in the Pacific, shaking the building and bringing electricity to a standstill in the capital Honiara.

A tsunami warning was issued on Tuesday, and the Prime Minister’s Office urged people to move to a higher level after the first earthquake.

About 30 minutes later, a second earthquake was recorded nearby.

The shaking cut off electricity in some areas of the capital and cut off radio transmission through the state broadcaster, but the government said there had been no major damage to buildings in the capital.

“That was a big event,” Joy Nisha, receptionist at the Heritage Park Hotel in Honiara, told AFP news agency.

“Some things fell in the hotel. Everyone seems okay, but they’re panicked.”

According to the United States Geological Survey, the 7.0 magnitude earthquake hit the Malango region, about 55 km (34 miles) west of the capital, at a depth of 15 km (9 miles).

Michael Salini, businessman and political commentator on Tulagi Island, told Honiara, told CNN Breaking News that people were “very concerned” and “they all just ran off and left everything behind.”

Some coastal regions of Papua New Guinea and Vanuatu were also put on alert before a tsunami of up to 30 centimeters (12 inches).

The Solomon Islands Weather Service later said there was no tsunami risk for the country but warned of unusual ocean currents in coastal areas.

“People are also being advised to be alert as the aftershocks are expected to continue,” one employee said on social media.

According to the United Nations, around 20,000 people live within a radius of 50 kilometers from the epicenter.

The Solomon Islands, a chain of islands in the southern Pacific, are home to around 800,000 people.