The global fight against HIV requires a reinforced Global Fund 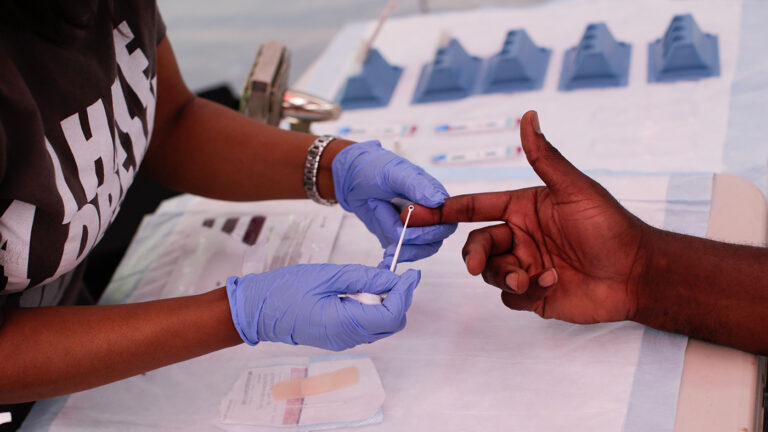 I remember crying the most.

Tormented screams echoed across the open-air corridors of the central hospital in Lilongwe, Malawi, several times per hour, prompting us to interrupt our clinical rounds as we mourned the loss of another young life due to HIV. The delivery of clinical care without access to HIV drugs in 1999 was heartbreaking and deeply moved me and my Malawian colleagues. Since then, I’ve experienced many ups and downs in medical care and public health, but I’ve never experienced a series of inequalities that are so disturbing or need to be changed.

Although it seemed like an eternity, the world behaved on a large scale three years later. During my medical stay at Harvard in 2002, I was invited to attend a meeting about a fund to support access to treatment and prevention for HIV, tuberculosis (TB) and malaria in severely affected countries. Shortly after, I returned to Malawi to support a locally led effort by the Malawian Vice President’s Office to apply for the reformulated Global Fund to Fight AIDS, TB and Malaria (Global Fund).

Malawian heads of state and government understood the enormous power of listening to people on the front lines and called in district health officials from the most remote corners of the country to incorporate their ideas into the application. The team of authors worked tirelessly to create a plan that could be quickly implemented and built from the existing healthcare system. And with government leadership, civil society, faith leaders, and many others, Malawi’s proposal was one of the first to be approved by the Global Fund.

This funding began saving lives on day one by procuring life-saving antiretroviral therapies, establishing longitudinal care programs, and supporting prevention programs to overcome the stigma and fear of an increase in testing. Now, 20 years later, this funding is ready for the most momentous renewal ever — an 18 billion dollar target to get “back on track” from Covid related setbacks and achieve the rapidly approaching goals for 2030.

President Biden’s leadership in hosting tomorrow’s upcoming Seventh Replenishment Conference in New York — along with his $2 billion budget proposal for 2023 — should be welcomed for setting a standard that donor countries, foundations, and the private sector urgently comply with should.

The first Global Fund grants, combined with the US President’s Emergency Plan for AIDS Relief (PEPFAR), saved a generation of people. Malawi’s continued progress, for example, has enabled 93 percent of people with HIV to know their HIV status and 91 percent of those eligible for HIV treatment, resulting in a rapid drop in the mortality rate. And while much remains to be done, maternal treatment has enabled 100,000 babies to be born without HIV, and new HIV infections in Malawi have fallen by over 80 percent since their peak.

Today, the Fund has provided this remarkable support to 155 countries, disbursed over $50 billion and saved an estimated 44 million lives. And, as in Malawi, it has encouraged governments and civil society to take not only leadership but also leadership in defining the national HIV response. And when problems arise, the Global Fund takes transparent steps to hold governments and other actors accountable while ensuring that health benefits are maintained.

It also invests hand in hand with other donors. During my time as Chief Medical Officer of PEPFAR and as Deputy Global AIDS Coordinator during the Obama-Biden administration, we worked in close partnership with the Global Fund to strategically align our funding. Meeting with governments and civil society from more than 30 countries during this period convinced me that the dual multilateral and bilateral approaches were a yin and yang of public health and enabled countries to be agile, responsive, and led.

Today’s historic moment competes with that of the days before the Global Fund was founded. We’ve experienced a massive new pandemic that has cost millions of lives. This time, however, the fund played a fundamental role in helping their partner countries detect, prevent and respond to COVID and reduce the regression against HIV, TB and malaria. Similarly, PEPFAR, the US President’s Malaria Initiative (PMI), and others have done admirable things by protecting profits and serving as a vehicle for global health security. Their success and dynamism must be built on this and must not be wasted.

It is unimaginable today to imagine a world without the Global Fund. It has given hope and has delivered on the promise of partnerships between nations and the solidarity of humanity. Still, we can’t achieve our 2030 goals or a stronger pandemic preparedness stance if we don’t adjust our ambitions to the current threats we face. If there’s one thing we’ve learned since those tragic days before the Global Fund was founded, it’s that we must never go back.

Charles B. Holmes, MD, MPH is Director of Georgetown University’s Center for Innovation in Global Health, Professor of Medicine at Georgetown Medical School, and distinguished scientist at O’Neill Institute for National and Global Health Law. He was previously Chief Medical Officer and Deputy Coordinator for the US President’s Emergency Plan for AIDS Relief (PEPFAR) during the Obama-Biden administration.

Gestational diabetes can lead to type 2 diabetes, but a healthy lifestyle can reduce the risk