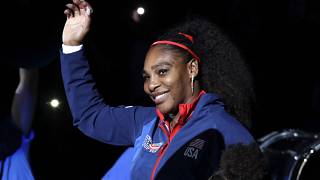 Former number 1 female tennis star in the world Serena Williams has announced that she will retire from tennis this year.

The 40-year-old American player says she will “evolve” away from sports “into other things that are important to me” after the US Open in September.

Williams won 23 individual Grand Slam titles and is in second place behind American Margaret Court, who retired in 1977. She has won more titles in her professional age than any other woman or man.

Williams also holds the joint record of being number 1 for 186 consecutive weeks by the Women’s Tennis Association (WTA).

She also won four Olympic gold medals and was the first female tennis player to achieve a Grand Slam in both singles and doubles, where she played alongside her older sister Venus.

In an interview with Vogue magazine, Williams said she will focus on her family and business interests.

“I was reluctant to admit to myself or anyone else that I didn’t have to play anymore. Tennis,” she wrote. “I need to be two feet in tennis or two feet outside.”

“I never liked the word retirement. It doesn’t feel like a modern word to me,” she added.

“This sport has given me so much. I love winning. I love fighting. I love to entertain.”

“I would like to believe that, thanks to the opportunities offered to me, female athletes feel they can be on the pitch themselves.”