Tanzanians sue Canada’s Barrick Gold for alleged abuses against me 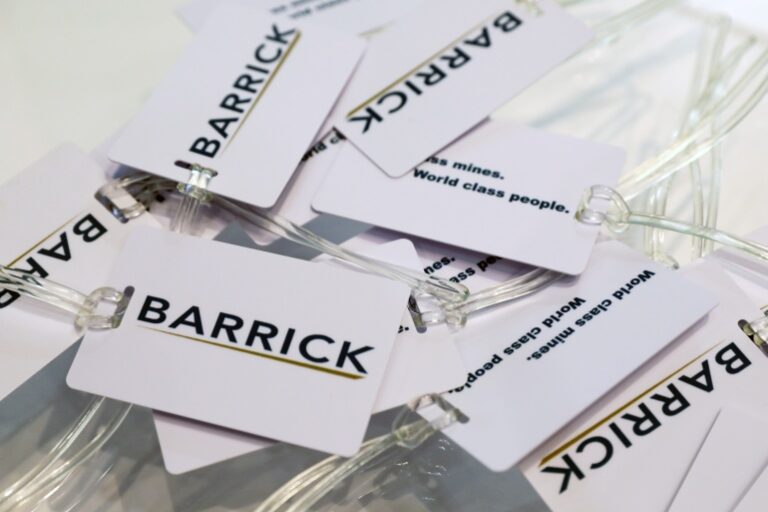 A group of Tanzanian villagers are suing Canadian mining giant Barrick Gold for alleged murders, torture and other ill-treatment by police in a gold mine in northwestern Tanzania.

The lawsuit, filed Wednesday in the Supreme Court in Ontario, Canada, accuses the world’s second-largest gold miner of being complicit in extrajudicial murders by police guarding his facility in North Mara, about 30 km (18 miles) from the border with Kenya.

According to the file, the plaintiffs include relatives of five men who were killed by the Tanzanian police who were assigned to the mine. It was said that nine of the plaintiffs were themselves beaten or shot by the police.

The claim is that residents in North Mara routinely enter “waste rock areas” to recover rocks with traces of gold, which they process and sell. The lawsuit said that the police there had reacted violently to people entering the mine.

It is also claimed that Barrick had “effective and practical control” over the Tanzanian police stationed in the mine and that the company’s security arrangements with the police effectively make them the mine’s “private and heavily armed security force.”

“The lawsuit brought by the plaintiffs, who are members of the indigenous Kurya community in whose villages in northern Tanzania the mine was built, concerns brutal murders, shootings and torture, which they claim were committed by police tasked with guarding the mine,” RAID, a company watchdog, said in a statement on Wednesday.

A spokesperson for Barrick Gold told Reuters news agency that the company had received a copy of the legal proceedings and that it was “full of inaccuracies.”

“We intend to vigorously defend ourselves against these allegations in the appropriate forum,” she said.

This is the first lawsuit filed against Barrick Gold in a Canadian court over alleged violations abroad. This came after the country’s supreme court ruled in 2019 that Canadian company Nevsun Resources Ltd could be sued in Canada for alleged forced labor and other abuses at a mine in Eritrea.

For years, Canadian companies have been accused of being complicit in, failing to investigate or prevent, alleged legal violations and environmental damage in their activities outside the country.

Canada “is home to almost half of the world’s publicly traded mining and mineral exploration companies,” Natural Resources Canada, a federal department, said on its website.

The work of companies abroad accounts for the majority of the profits. In 2020, 730 Canadian mining and exploration companies had assets worth $150 billion (188.2 billion Canadian dollars) in 97 countries, the department reports.

Canada may have set up the office of the Canadian Ombudsperson for Responsible Enterprise (CORE) to oversee business practices involving Canadian companies in mining and other sectors, but advocates say the government must do more to curb abuses.

Wednesday’s lawsuit against Barrick Gold is the seventh human rights case filed by foreign plaintiffs against a mining company in Canada since 2010, according to the Canadian Network on Corporate Accountability.

“We are in solidarity with these plaintiffs and will be following the case closely. At the same time, we are calling on Ottawa to pass legislation to prevent abuse in the first place,” Emily Dwyer, the group’s policy director, said in a statement.

Anneke Van Woudenberg, managing director of RAID, also welcomed the lawsuit in Ontario, saying, “Tanzanian communities had little choice but to go to Canadian courts for justice and an end to the mine’s culture of violence.”

“This case is an important test of whether Canada is prepared to hold its own companies accountable for misconduct, or whether its legal obligations regarding human rights are lifted when it comes to people harmed by Canadian companies abroad,” she said in a statement.