Taiwan will drop quarantine for arrivals until mid-October 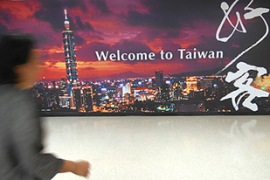 Taiwan has announced that it will abolish quarantine for arrivals by mid-October as the East Asian economy removes some of the last pandemic-related border restrictions that are still in place around the world.

The Taiwanese cabinet said on Thursday that it would end its requirement that arrivals at a hotel or home be quarantined for three days, followed by four days of self-monitoring, starting around October 13.

Cabinet spokesman Lo Ping-cheng told local media that visa-free entry for all countries that had pre-pandemic status would also resume next Thursday. Lo said the government would also raise the weekly limit for international visitors to 60,000 and abolish PCR COVID testing for arriving passengers.

Taiwan resumed visa-free entry for visitors from several countries, including the USA and Canada, last week.

Under the relaxed rules, visitors who have tested positive for COVID-19 must continue to be quarantined in a hotel or at home.

Apart from China and Hong Kong, the self-ruled island is the only major economy in which travelers still have to be quarantined after Asian colleagues such as South Korea and Malaysia abandoned quarantine rules earlier this year.

While border restrictions were attributed to saving lives at the start of the pandemic, they have taken a heavy toll on companies, particularly those that depend on tourism.

After adhering to a “zero COVID” strategy for more than two years, Taiwan has recorded more than 6 million cases since the highly infectious omicron variant and its subvariants spread locally in January.

However, according to Taiwanese health authorities, more than 99.5 percent of infections were mild or asymptomatic.