“Stop the action”: The former US soldier who subdued the shooter from Colorado 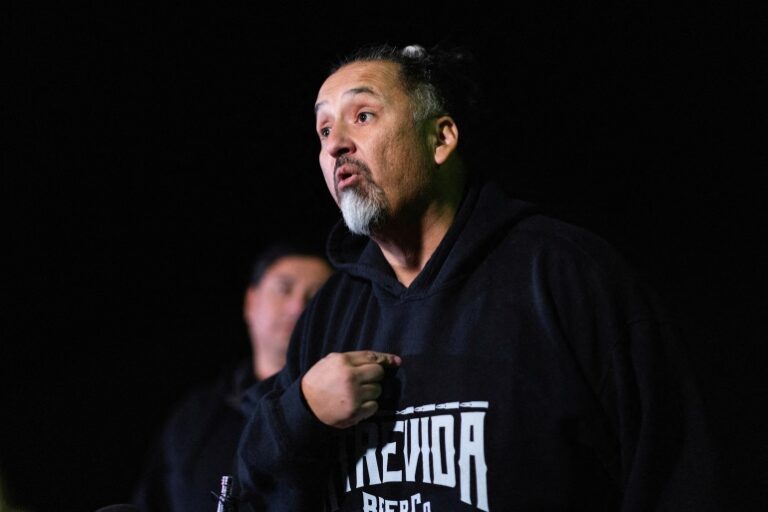 A US Army veteran who helped subdue the gunman at a gay club in Colorado Springs credits his military training and instinct for his quick action when he grabbed the gunman by the body armor and began beating him.

Police Chief Adrian Vasquez said Richard M Fierro and another man, Thomas James, were the two who stopped the gunman after he started spraying bullets in Club Q on Saturday evening.

The shooting spree killed five people and injured 17 in a space that the LGBTQ community in the conservative city of Colorado had long regarded as a safe haven.

When Fierro discovered that a gunman was shooting at the club where he had met with friends and family, his military training began.

He dived to escape any incoming fire and then moved to disarm the gunman.

“It is the reflex. Go! Go to the fire. Stop the action. Stop the activity. Don’t let anyone get hurt. I’ve tried to get everyone back,” he said in front of his house on Monday.

Fierro was there with his daughter Kassy, her boyfriend, and several other friends to watch a drag show and celebrate a birthday. He said it was one of the group’s best evenings — until filming began.

A passing drag performer was told by Fierro to kick the shooter as he was still trying to subdue him.

The suspect, who allegedly carried multiple weapons and additional ammunition magazines, is charged with murder and hate crimes.

“There are five people I couldn’t help. And one of them was family for me,” said Fierro as his brother placed a comforting hand on his shoulder.