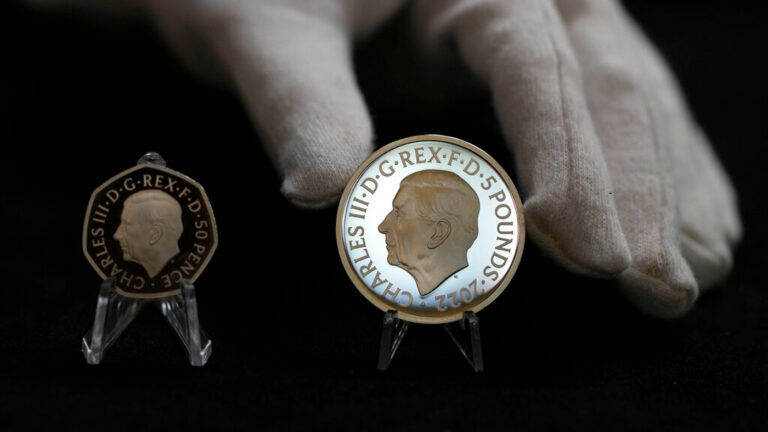 The Royal Mint has unveiled the first official coins with a portrait of King Charles III.

Charles Portrait will appear on a 50pence coin as well as on a 5-pound commemorative coin that is due to be released on Monday.

Two new portraits of Queen Elizabeth II are on the opposite side of the 5-pound commemorative coin.

In King Charles’s portrait, which was created by sculptor Martin Jennings, the newly ascended king appears, according to British tradition, without a crown and facing to the left.

Previous British kings did not appear with crowns in their coin images, and each monarch had normally gone in the opposite direction of his predecessor, according to The Washington Post.

Queen Elizabeth died on September 8 after reigning over the UK for 70 years. Her death certificate, which was published on Thursday, showed that the 96-year-old monarch died of old age.