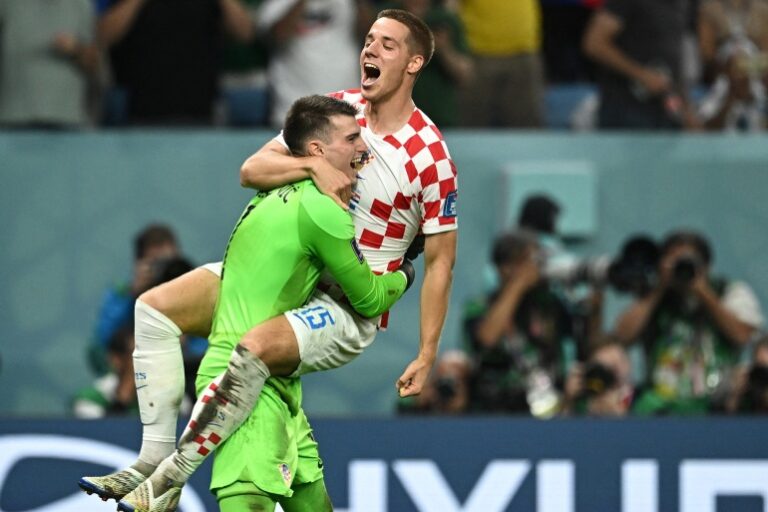 Croatia defeated Japan on penalties in a hard-fought World Cup draw in the round of 16 and secured a place in the quarter-finals.

Mario Pasalic scored the winning kick on Monday in the last game of the tournament at Al Janoub Stadium in Wakrah, south of Qatar’s capital, with a 3-1 penalty shootout to lead Croatia 3-1.

A goalless extra time followed after 90 minutes, which ended 1-1 with goals from Daizen Maeda from Japan and Ivan Perisic from Croatia.

Perisic and Croatian captain Luka Modric, experienced penalty shooters, were both taken off the pitch before the final whistle.

For much of the first half, Japan was happy to sit back, allowing Croatia to take over most of the ball possession and focus on lightning-fast counterattacks instead. Don’t forget that this was a team that had defeated both Germany and Spain in the group stage.

Croatia had a great playing time just before half an hour when Modric made pinpoint crosses, which his teammates didn’t convert into anything but sustained pressure in Japan’s box.

Japan’s efforts and efforts paid off in the 42nd minute. Celtic’s Daizen Maeda stands at the end of a deserted corner and scored a well-deserved goal in front of 42,523 spectators.

Modric dominated midfield as always, with the Croatian captain leading an experienced and solid line, but Croatia lacked attack options to get the game on Japan’s back four — and they lacked the desire to score a goal for a long time.

A wonderful Croatian cross in the 54th minute hit a golden header; a game out of nowhere, out of nowhere — an experimental, exploratory delivery simply fell pleasantly on Ivan Perisic, whose headshot bent in the post to equalize.

The train breathed life into the game. Japanese Wataru Endo tried to answer just two minutes later, a curling attempt that had to be tipped over the bar by goalkeeper Livakovic.

15 minutes before regular time, the ball fell again on Perisic, who let a corker shot fly even though a distraction from Takehiro Tomiyasu pushed him high and wide.

Extra time got off to a slow start, but Japan looked certain to hit halfway through, although Kaoru Mitoma’s crazy run ended with one hit right in Livakovic’s gloves.

In the second extension, Japan raised its energy levels, but a breakthrough was still not achieved. Croatia finally had a real chance in the 30th minute of extra time, but Lovro Majer grabbed it and shot it wide. And it was about the penalty shootout.

Croatia may not have had the best of this game, but they made it to the quarter-finals to face the winner of today’s duel between five-time winners Brazil and South Korea in Education City on Friday.