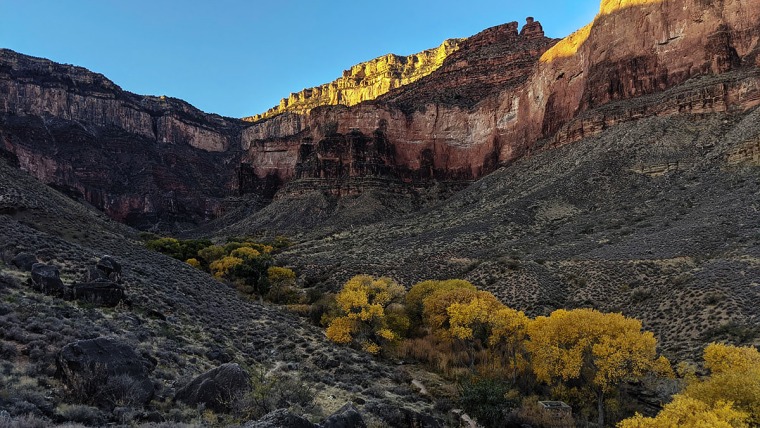 A portion of the Grand Canyon with a name considered “offensive” to Native Americans was renamed in a move that an official described as “long overdue,” the National Park Service said in a statement Monday.

The area of the park, formerly known as the Indian Garden, will now be called Havasupai Gardens after the U.S. Board of Geographic Names voted unanimously earlier this month to approve the amendment, which was requested by members of the Havasupai Tribe in honor of their ancestors, the National Park Service said.

According to the statement, the Park Service introduced policies that forced Havasupai people to leave the area — originally called Ha’a Gyoh — almost a century ago. The last resident, Captain Burro, was forcibly removed in 1928.

Tribal leader Thomas Siyuja Sr. said the recent “offensive” name had “had harmful and lasting effects on Havasupai families living there and their descendants.”

Siyuja, the name change will shed light on the history of the region for the approximately 100,000 people who visit it each year.

According to the valet service, Havasupai Gardens is a common stop for hikers on the Bright Angel Trail, the park’s most popular hiking trail.

Ed Keable, superintendent of the Grand Canyon, added the renaming was “long overdue” and “a measure of respect for the unreasonable hardship the park has imposed on Havasupai.”

According to the statement, park officials are working to update the area’s signage with the new name as well as the website and other materials. The valet service is also working with the Havasupai tribe to plan a rededication ceremony for the area next spring.

“The creator made Havasupai the guardians of the Grand Canyon, and we take that role very seriously,” Siyuja said in the statement. “We’re a small tribe. But our voices and minds are great.”