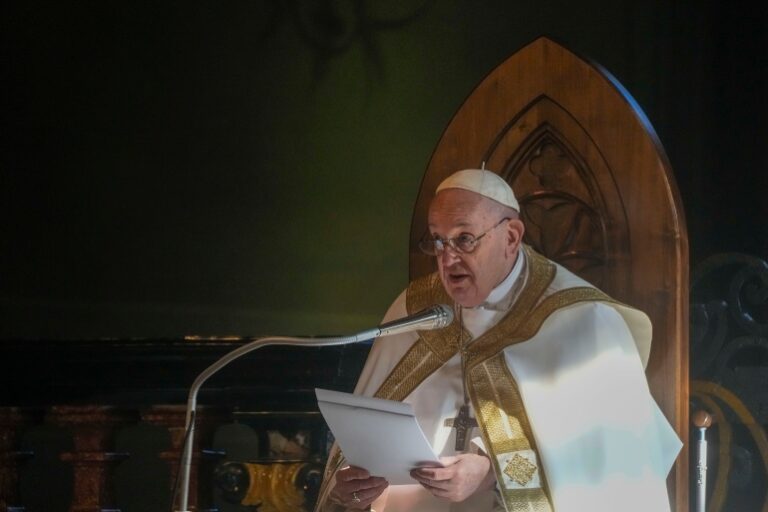 Pope Francis has sacked the entire leadership of the global charity of the Roman Catholic Church and appointed a commissioner to lead it until new leaders are elected.

The layoffs of Caritas, which includes more than 1 million employees and volunteers worldwide, were announced in a papal decree published by the Vatican Press Office.

A separate statement from the Vatican Development Department, which oversees Caritas, states that a review of the working environment by external management and psychological experts this year found discomfort and poor management practices at headquarters.

An employee told Reuters news agency about cases of verbal abuse, favoritism and general mismanagement by the HR department, which had caused some employees to leave. Caritas is based in a building owned by the Vatican in Rome.

“There was no evidence of financial mismanagement or sexual inappropriateness, but the panel’s work resulted in other important issues and areas that received urgent attention,” the development office statement said.

“Real deficiencies were identified in management and procedures that seriously affected team spirit and employee morale,” it said.

It states that “while financial matters have been handled well and fundraising goals have been met regularly,” management standards and procedures need to be improved.

A Caritas spokesperson referred all questions to the statement.

Among others, Cardinal Luis Antonio Tagle, who was nominally president of Caritas, but was not involved in its day-to-day business, was affected by the decree. His primary role in the Vatican is to head the Church’s Missionary Department.

The office of president is traditionally held by a cardinal.

Tagle, a Filipino often seen as a possible future pope, will resign as president but will continue to hold a new role to help the Commissioner maintain ties with national Caritas offices and prepare for the election of new leadership next year.

Two Caritas insiders, who spoke to Reuters on condition of anonymity, said the decree targeted the management practices of the outgoing Secretary General’s office and board of directors.

Apart from Tagle and a priest, all Caritas executives were laypeople.