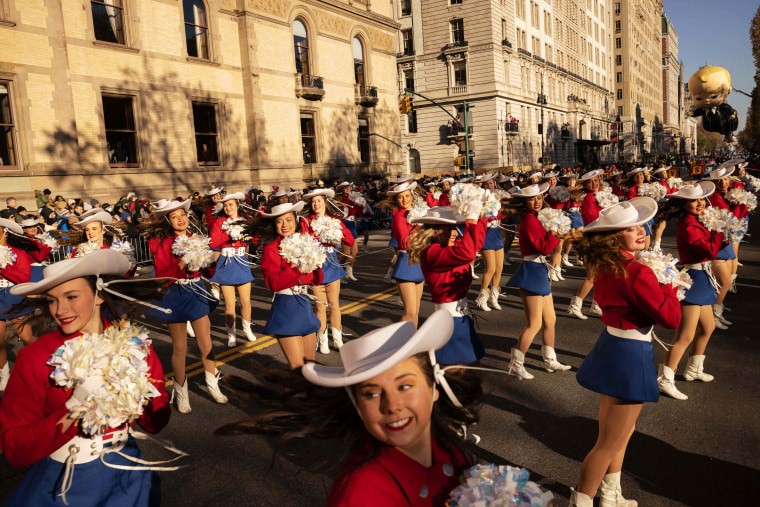 Spectators line the streets as clowns, floats, and balloons pass by during the Macy’s Thanksgiving Day Parade.

Dancers with the Tom Turkey Float make their way past Central Park.

Emma Broyles, Miss America 2022, waves to the crowd as viewers watch a giant Bluey pass by her window. 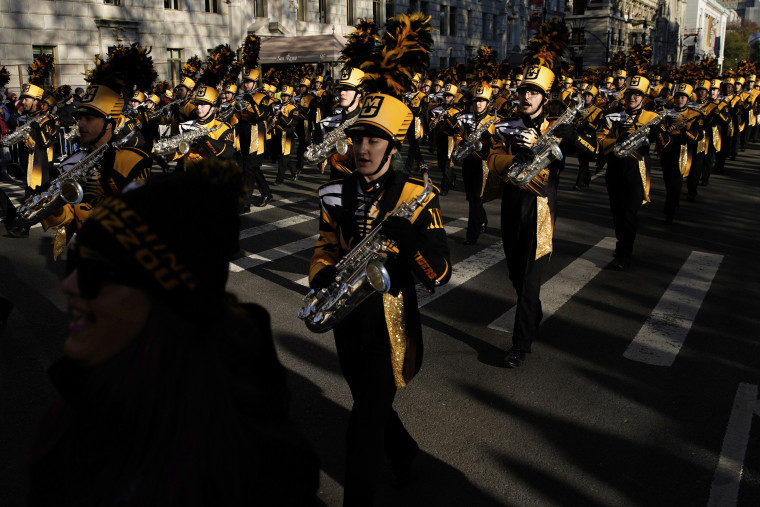 The University of Missouri marching band makes its way through Central Park West.

A parade artist dressed up as a Christmas tree leads a huge candy cane down Sixth Avenue.

Jimmy Fallon smiles at the crowd during the Thanksgiving parade.

People gather on the balcony of the Langham Hotel as the floats pass by.

A mounted NYPD officer smiles as people take pictures during the parade.

Santa Claus is swimming, complete with reindeer and elves.