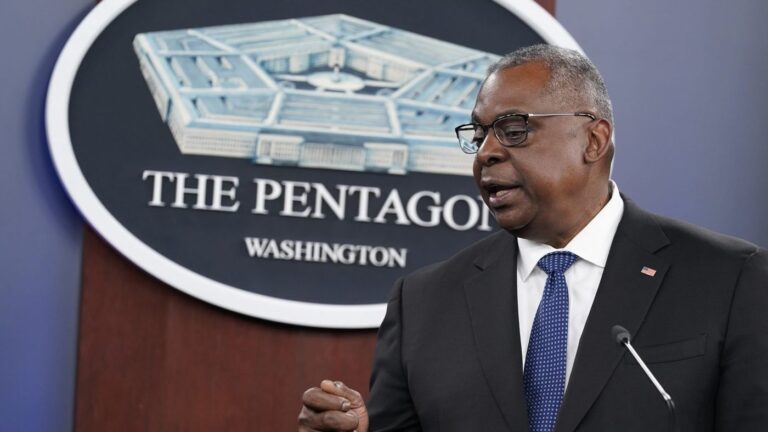 The Pentagon is warning NATO member Turkey of a new military operation in Syria after attacks in the country at the end of last month endangered US troops.

Secretary of Defense Lloyd Austin spoke by telephone with his Turkish counterpart on Wednesday and expressed his “strong opposition” to a new Turkish military operation in Syria, according to a Pentagon ad on the conference call.

Austin “expressed concern about the escalating measures in northern Syria and Turkey, including recent air strikes, some of which directly threatened the safety of US personnel working with local partners in Syria to defeat IS,” the report said.

“Secretary Austin called for de-escalation and shared the Ministry’s strong opposition to a new Turkish military operation in Syria.”

Turkish President Recep Tayyip Erdoğan launched air strikes on northern Syria and Iraq against Kurdish groups in the two neighboring countries last month. Ankara claims the attacks were in retaliation for a November 13 bomb attack in Istanbul that killed six people and injured 80 others, although Kurdish groups have denied any involvement.

Erdoğan also proposed on November 23 that a ground invasion of northern Syria should also be ordered.

The US, in particular, has teamed up with the Kurdish-led Syrian Democratic Forces (SDF) to defeat IS in the region and continues to work with the group to keep the terrorist group at bay.

Since the Turkish attacks, the US military has been operating with the SDF with a smaller number of partner patrols, Pentagon press secretary Brig. General Pat Ryder told reporters on Thursday.

Ryder noted that while the US acknowledges Turkey’s security concerns, “the focus here is to prevent a destabilizing situation that would enable IS to reconstitute itself.”

He added that the US maintains frequent and open lines of communication with its Turkish allies “at various levels.”

“We have issued a statement highlighting the fact that a strike has come close to US personnel and we have clearly communicated that,” he said.