Outrage after French court censored media investigations against the mayor 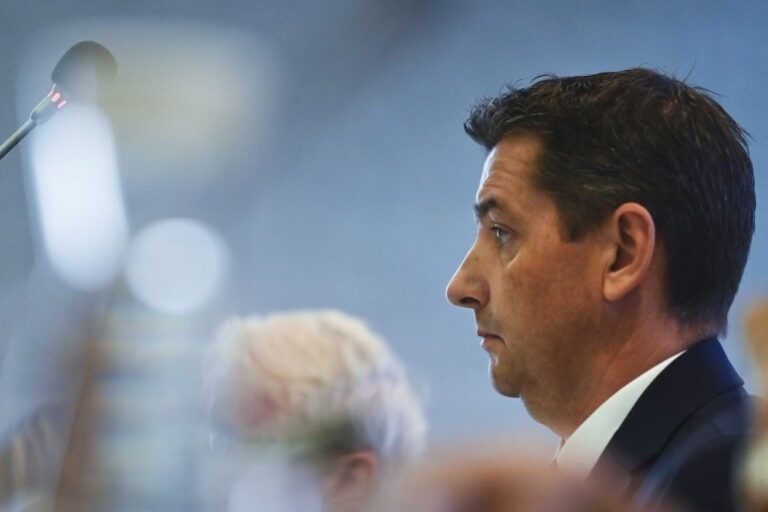 French media and press freedom advocates have expressed outrage over the decision of a French court to stop publishing an investigation by the online newspaper Mediapart against the mayor of Saint-Etienne, Gaël Perdriau.

The gag order is “an unprecedented attack on press freedom in France,” wrote Edwy Plenel, co-founder and president of Mediapart.

The motion signed on Friday “orders not to publish a public interest investigation at the express request of the person concerned,” he said.

The portal planned to publish a report on Perdriau, a member of former President Nicolas Sarkozy’s conservative Republican Party.

In September, Mediapart had already reported on an alleged sex tape extortion scandal involving Perdriau and his chief of staff Pierre Gauttieri against Saint-Etienne’s first MP and the mayor’s rival in the city, Gilles Artigues.

If the new report is released, it would likely deal another blow to Perdriau’s reputation.

Following an urgent request from Perdriau’s lawyer, the court decided to censor the report without giving Medipart the opportunity to comment in favour of publication, EURACTIV reported.

Bigot told EURACTIV that the section on press freedom in the European Convention on Human Rights underlines the crucial importance of the principle of proportionality, which, he said, could only be evaluated if the information to be published was taken into account.

In this year’s Reporters Without Borders’ press freedom index, France ranked 26th out of 180 countries in terms of press freedom, far behind other EU countries such as Lithuania, Ireland, Portugal and Germany.

Mediapart said at a news conference on Tuesday that its request to withdraw the court order would be considered on Friday.