One dead, 30 injured in a car bomb attack in southern Thailand 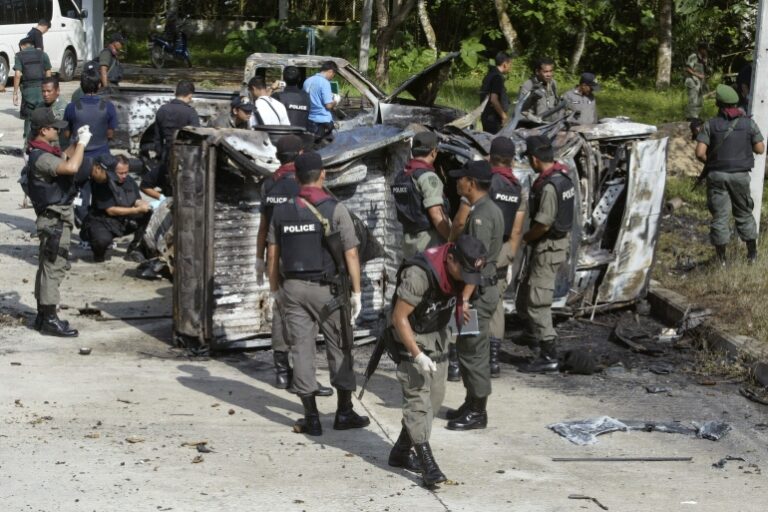 At least one person was killed and 30 injured when a car bomb exploded at a police compound in southern Thailand, police said.

The explosion on Tuesday in Narathiwat province happened shortly after a suspect drove a car into the police shelter and left it, according to Narathiwat Governor Sanan Pongaksorn.

“We are still clearing the area and the number of injured could rise,” said Lieutenant Colonel Niti Suksan, Deputy Police Commissioner of Narathiwat.

According to Pornprasit Jantra, director of Narathiwat Rajanagarindra Hospital, the death involved a police officer, while the injured included both civilians and officers.

No claim of responsibility for the attack was made.

Southern Thailand has experienced a simmering uprising since 2004, as fighters in the majority-Muslim provinces of Pattani, Yala, Narathiwat and parts of Songkhla fight for greater autonomy from the state.

According to the Deep South Watch group, which monitors the violence, more than 7,300 people were killed in the conflict in the provinces along the border with Malaysia.

In August, explosions and fires raged in at least 17 locations in southern Thailand, apparently in several coordinated attacks, which injured seven people.

Peace talks that began in 2013 were repeatedly interrupted.