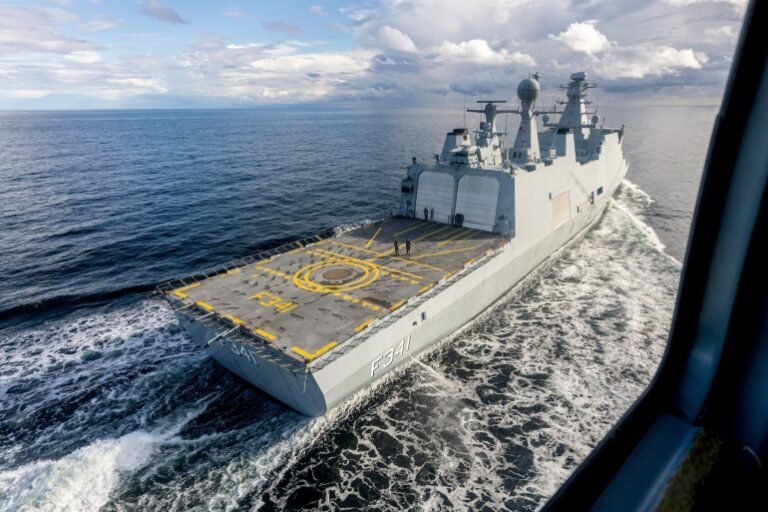 The breaks in the Nord Stream natural gas pipeline system under the Baltic Sea have led to probably the largest single release of climate-damaging methane ever recorded, according to the United Nations Environment Programme (UNEP).

A huge cloud of highly concentrated methane, a greenhouse gas that is far stronger but short-lived than carbon dioxide, was discovered this week in an analysis of satellite images by researchers connected to UNEP’s International Methane Emissions Observatory (IMEO), the organization said on Friday.

“This is really bad, most likely the biggest emissions event ever recorded,” Manfredi Caltagirone, head of UNEP’s IMEO, told Reuters.

“This is not helpful at a time when we absolutely need to reduce emissions.”

Researchers from GHGSat, which uses satellites to monitor methane emissions, estimated that the leak rate at one of four fracture sites was 22,920 kg (around 50,000 lbs) per hour. That equates to burning around 630,000 pounds (around 286,000 kg) of coal every hour, GHGSat said in a statement.

“This rate is very high, especially when you consider that it is four days after the initial breach,” the company said.

“New analyses of the data provided today by the Sentinel2 satellite indicate a significant reduction in the estimated diameter of the methane cloud — from 520 m to 290 m. A similar reduction is also observed in the estimated methane concentration that occurred when the pipeline broke,” said the IMEO,

📌 New analyses of the data provided today by the Sentinel2 satellite suggest a significant reduction in the estimated diameter of the methane cloud — from 520 m to 290 m.

A similar reduction is also observed in the estimated methane concentration that escaped when the pipeline broke. 📉 pic.twitter.com/35mutsGtYu

At least two underwater explosions, which are likely to have the power of a bomb explosion “equivalent to an explosive load of several hundred kilos” explosives, caused the leaks in the gas pipelines of the Baltic Sea this week, the governments of Denmark and Sweden said.

The explosions measured 2.3 and 2.1 on the Richter scale, resulting in four leaks that let gas into the sea. Two of the leaks are in Danish territory and two more are in Swedish territory.

In a statement to the UN Security Council on Friday, the two countries stated that the vented gas plumes could disturb air and sea vessels and be dangerous to marine life. In addition, greenhouse gas is released into the environment.

The leaks could last until Sunday at least.

“All available information indicates that these explosives are the result of an intentional act. Such acts are unacceptable, jeopardize international security and raise our deep concern,” the statement said.

Swedish coast guard also reported on Friday that the amount of gas escaping from the breach in its restricted zone had fallen after observing the situation from the air.

The coast guard also pointed out that ships in the areas should now maintain a safety distance of 7 nautical miles (just under 13 km) instead of 5 nautical miles as previously requested.

The total amount of methane coming out of Gazprom-led pipeline system could be higher than a major leak that occurred in December from offshore oil and gas fields in Mexican waters of the Gulf of Mexico, which spilled around 100 tons of methane per hour, Caltagirone said.

According to a study by the Polytechnic University of Valencia published in the journal Environmental Science & Technology Letters, the leak in the Gulf of Mexico, which is also visible from space, released around 40,000 tons of methane within 17 days.

The major leaks that suddenly broke out in the Nord Stream gas pipelines from Russia to Europe have spawned many theories, but few clear answers as to who or what caused the damage.

Both Russia and the European Union have indicated that the breaks were caused by saboteurs.

Europe and the United States have imposed sanctions on Moscow in retaliation for its invasion of Ukraine, raising concerns that the Kremlin will try to deprive Europe of its vital energy supply well into the winter.

Caltagirone said regardless of the cause, the damage to the pipeline is an issue that goes beyond energy security.

“It’s the most wasteful way to generate emissions,” he said.