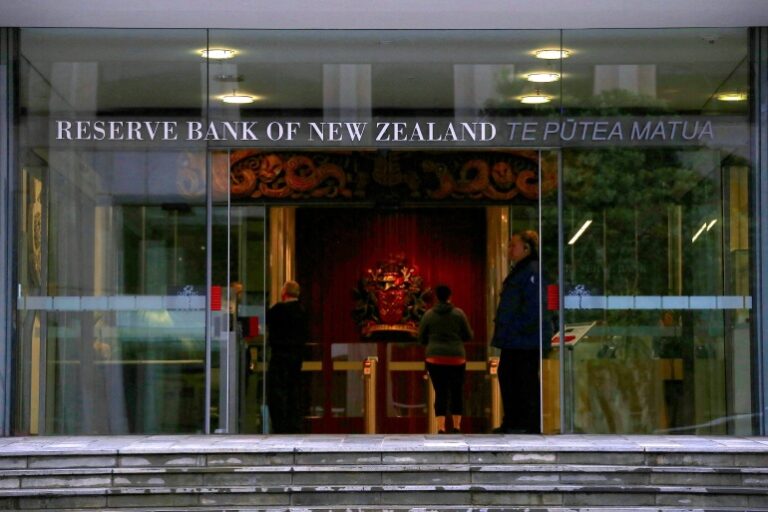 New Zealand’s central bank has raised interest rates by a record amount and warned that the economy may need to spend an entire year in recession to bring sky-high inflation under control.

The Reserve Bank of New Zealand (RBNZ) raised the official cash rate (OCR) by 75 basis points to 4.25 percent on Wednesday. The decisive factor is that interest rates are now reaching their peak at 5.5 percent, compared with an earlier forecast of 4.1 percent. The central bank’s openly restrictive tone surprised some traders by raising the local dollar and driving up swap rates, while their forecasts of a recession also surprised.

The RBNZ assumes that the economy will start to contract in the second quarter of 2023 and will continue to decline until the first quarter of 2024.

“Inflation is no one’s friend, and to free the country from inflation, we need to cut spending levels,” RBNZ Governor Adrian Orr said at a news conference. “That means we’re going to have a period of negative GDP growth.”

minutes of the meeting showed that the RBNZ had even considered an increase of full percentage points.

The markets have quickly factored in a change in interest rate expectations.

The ninth consecutive RBNZ increase means that the cash rate has risen by 400 basis points since October 2021. This is the most aggressive monetary policy tightening since 1999, when the cash rate was introduced. It is now at a level not seen since January 2009.

“The RBNZ’s stance was very restrictive, including discussing the potential of a 100 bp increase,” ASB Bank said in a statement.

While 15 of 23 economists surveyed by Reuters news agency had expected that the central bank’s monetary policy committee would raise the cash rate by 75 basis points, the restrictive nature of the bank’s forecasts and language was surprising.

ASB Bank added that the statement shows a “clear urgency,” but three months until the next decision is made, RBNZ will now monitor the flow of data to determine whether the level of restrictive stance remains appropriate.

Inflation is currently at a peak of just under three decades, and untradable inflation — or the prices of goods not exposed to global markets — is at record levels. There are also signs that wage pressures are intensifying, while inflation expectations showed no signs of slowing.

ANZ found that the RBNZ conducted its monetary policy in a haze of uncertainty and continued to be open about this fact.

“In such an environment, it makes sense to look at the costs of being wrong in both directions, and they simply aren’t comparable,” said ANZ.

If the data deteriorates significantly before the next meeting, they can adjust without much damage, but if the opposite had happened, the RBNZ would have regretted not going harder, ANZ said.

According to the central bank, real estate prices, which were a significant inflation factor in the tightening cycle, have now fallen by around 11 percent. The RBNZ assumes that prices will fall by a total of 20 percent compared to their peak in November 2021.