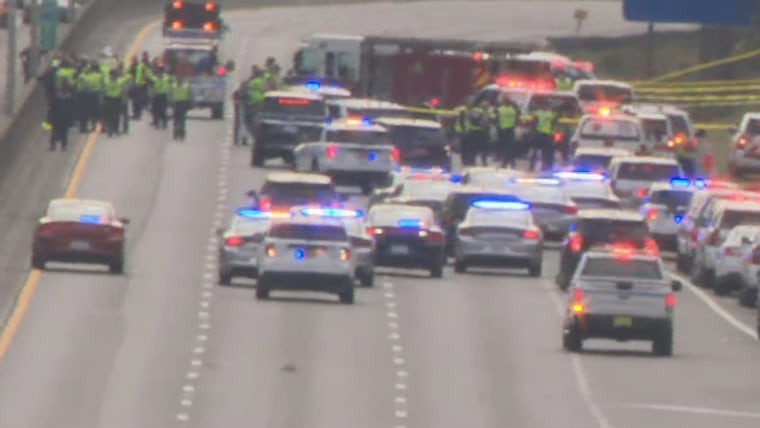 According to official figures, a meteorologist and a pilot are dead after a news helicopter crashed Tuesday afternoon in Charlotte, North Carolina.

According to the Federal Aviation Administration, the Robinson R44 helicopter crashed near Interstate 77 and Nations Ford Road at around 12:20 p.m.

According to a statement from the broadcaster on Tuesday, the helicopter was owned by local CBS news channel WBTV.

“The WBTV family is mourning a terrible loss,” the statement said. “Meteorologist Jason Myers and pilot Chip Tayag have lost their lives. We are working to comfort their families during this difficult time.”

Both Myers and Tayag, the only two people aboard the plane, were declared dead by the Mecklenburg EMS Agency.

According to WBTV, Myers grew up in North Carolina and worked in Texas and Virginia before returning to the Charlotte area. He leaves behind a wife and four children.

According to police, no vehicles were involved in the accident on the highway.

Johnny Jennings, chief of police for Charlotte-Mecklenburg, said in a news conference Tuesday afternoon that the helicopter pilot was a hero because he dodged incoming cars when landing.

“It seemed as though the pilot piloting the plane had made some distractions to avoid traffic disruptions,” said Jennings. “And if that’s really the case, then this pilot is a hero in my opinion to ensure that the safety of people driving on the road isn’t endangered.”

“The entire southbound I-77 is currently closed near the Nations Ford exit and will remain closed for an extended period of time,” police announced on Twitter, later adding that ramps from I-85 north and south to I-77 South are closed. Police are working to open two lanes on I-77 as quickly as possible.