McCarthy plans a select committee for China if elected speaker 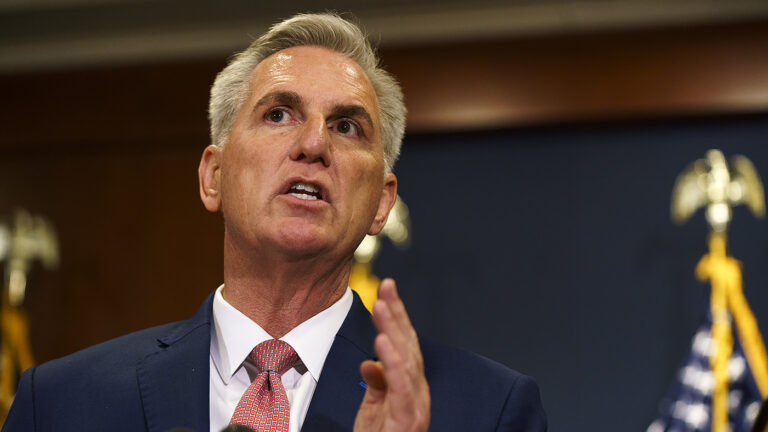 Kevin McCarthy (R-Calif.), leader of the minority in the House of Representatives, said Sunday that he would chair a committee on China if he is elected speaker at the new Congress session next year.

“In this majority, they never once had a hearing [about] where COVID came from… They never stood up against China,” McCarthy said of Democrats in an interview with Maria Bartiromo on Fox News’ “Sunday Morning Futures.”

“If I become spokesperson, I will have a select committee for China,” McCarthy said, confirming the long-awaited plans.

Republicans are preparing for majority power after winning the House of Representatives by a small margin in this month’s midterm elections. They plan to investigate the US-Mexico border, investigate allegations against President Biden’s son Hunter Biden, and the origins of COVID-19.

“China is the No. 1 country when it comes to intellectual property theft. All other nations combined, China steals more than they do. We will put an end to this and no longer allow the government to sit back and let China do what they do to America,” McCarthy said on Sunday.

He has been trying to launch investigations against China for a long time and, at the start of the coronavirus pandemic in 2020, created a GOP-led task force led by Representative Michael McCaul (R-Texas) to investigate the disclosure of information by China during the outbreak.

The minority leader won the House Republicans’ nomination as Speaker by secret ballot last week — and is now facing a public vote on the first day of the next Congress to secure the top leadership position with a majority of all members of the House of Representatives.