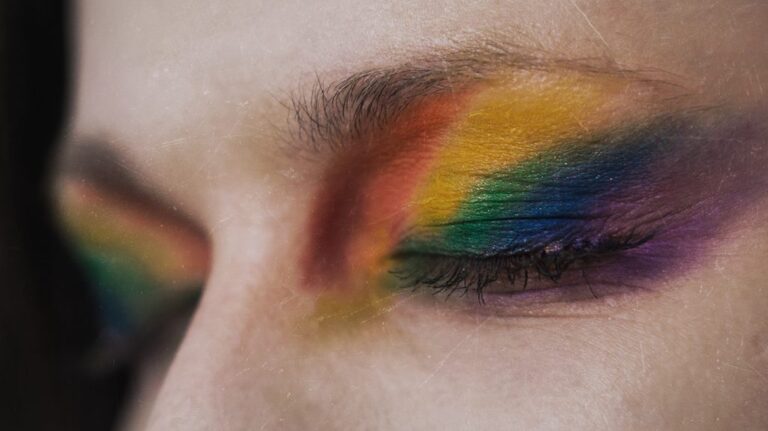 The Trevor Project — the world’s largest suicide prevention and crisis intervention organization for LGBTQ young people — has the results of its third annual national survey on LGBTQ youth mental health. The results show the consequences of the ongoing pandemic and call for urgent political solutions to contain a mental health crisis.

The discrimination that LGBTQIA+ people routinely face based on their sexual gender orientations and gender identities remains an alarming reality in 2021.

Being young can increase a certain degree of uncertainty and difficulty for people who are exposed to this discrimination. Discovering and possessing one’s own identity in adolescence is already a challenging process — and doing so while constantly questioning or denying that identity can endanger the mental health and well-being of a young person.

same time, intersectional identities present additional, unique challenges for young LGBTQIA+ people of color, people who come from historically marginalized groups, and people whose families do not have high incomes, and so on. All of these factors have an impact on the psychological well-being of a young person.

LGBTQIA+ youth are much more likely to have mental health problems than the general population, and the last year has increased the pressure of the pandemic on an already worrying landscape.

What is the mental health of LGBTQIA+ youth now and how are young LGBTQIA+ people doing during this phase of the pandemic? To find out, The Trevor Project collected and analyzed responses from nearly 35,000 LGBTQ participants aged 13 to 24 in the US. The survey was conducted between October 12 and December 31, 2020.

The survey used the term “LGBTQ” to refer to “lesbian, gay, bisexual, transgender, queer, and questioning” people, and the survey results report uses the term “transgender and nonbinary” as an umbrella term for a wide range of non-cisgender identities.

According to Amit Paley, CEO and Executive Director of The Trevor Project, the survey sample was the “most diverse so far compared to previous years, with 45% being LGBTQ youth of color and 38% being transgender or non-binary youth.”

In this function, we review the results of the survey. We also talk to two experts who helped us work out the wider socio-political implications of the survey, particularly for LGBTQ youth of color: Dr. Myeshia Price, senior research scientist at The Trevor Project, and Dr. Kia Darling-Hammond, author, mentor and director of education programs, and Research at the National Black Justice Coalition.

42% have “seriously considered” a suicide attempt

The new survey found that an alarming number of respondents, 42%, had “seriously considered” a suicide attempt last year. This included more than half of transgender and non-binary respondents.

Crucially, the survey revealed further differences in mental health across race. Twelve percent of white respondents said they had attempted suicide last year, while black and multiracial youth were both almost twice as likely to attempt suicide — 21%.

Being a young LGBTQ person of color brings additional discrimination, as the survey shows. Fifty percent of LGBTQ youth of color said they had been discriminated against based on their race or ethnicity. This included 67% of black LGBTQ youth and 60% of LGBTQ youth among Asia/Pacific Islanders.

Overall, more than half of respondents to LGBTQ youth last year reported discrimination based on their sexual orientation or gender identity, and 75% said it had happened at least once in their lives.

“Intersectionality goes beyond the idea that identities are additive, such as Latinx and nonbinary,” Dr. Darling-Hammond told Medical News Today. “It recognizes that being a non-binary Latinx person is a unique phenomenon and is shaped by socio-political forces such as cultural norms relating to gender and ethnic identity, xenophobia, racism, misogyny, and so on.”

“If you add a young age to this list, the extent of potential disempowerment increases. Against this backdrop, the numerous people who are expansive both “of color” and gender and/or sexuality are being bombarded by powerful oppression.”

“Even if indigenous, black and Latin American LGBTQ+/SGL people [same gender-loving] people get access to mental health care, they must deal with a predominantly white, cis-straight and wealthy corps of providers that is not just a product of a bigoted society, but has receives little to no corrective training and is generally unable to provide responsive support.”

Although representation is critical, Dr. Darling-Hammond further explained: “A certain affinity for identity, like a black therapist,” does not guarantee that a “black LGBTQ+/SGL client receives the empathy and guidance they need.”

Dr. Myeshia Price from the Trevor Project echoed similar feelings and spoke to us about the unique challenges Queer and Trans People of Color (QtPoC) in particular faced in the past year.

“[QTPoC] had to endure an incredibly hostile political climate and almost constant news images of racist and transphobic violence, which can have a negative impact on mental health and self-confidence.”

“We also know that communities of color were disproportionately affected by COVID-19 and that QTPoC may be particularly vulnerable to negative mental health effects associated with the pandemic, as they were already at significantly increased risk of suicide attempts, primarily due to of an increased experience with victimization.”

These increased risks are in addition to already disproportionate rates of unemployment, homelessness, and lack of access to mental health care, according to Dr. Price.

“The main reasons for their expulsion are: family rejection (and being kicked out) and fleeing from family abuse,” she added.

For example, only one in three LGBTQ youth said their homes were LGBTQ affirmative, and 49% of transgender and non-binary respondents said that no one they lived with respected their pronouns.

Young people whose households fully respected their pronouns (29%) reported that they attempted suicide, half as likely as those whose pronouns were not respected at all.

In addition, young people who could change their name, gender, or both in legal documents had a much lower rate of suicide attempts.

“Respect and use pronouns and preferred names—this indicates respect for people’s humanity and authority over their own identity. It validates young people that they are being seen and it also helps them develop a strong sense of self-confidence, self-love, and confidence.”

In contrast, discriminatory and abusive practices such as conversion therapy were associated with much higher suicide rates, according to the survey.

Reaffirming action: What each of us can do to help

“We can all help make the world a better place for LGBTQ youth,” said Dr. Price. “Educate yourself first and raise awareness among your friends and family about LGBTQ issues to relieve LGBTQ people who constantly need to explain themselves to others.”

“Actively encourage the creation of LGBTQ-affirming environments in your daily life, whether at home, at school, or online, where LGBTQ youth feel accepted and can thrive. And practices as simple as asking for someone’s pronouns and listening without judgment when they need support can have a profound effect on a young LGBTQ person.”

Dr. Darling-Hammond also spoke about steps each of us can take to support the mental health of LGBTQ youth in general and that of QTPoC in particular.

“Confirm, confirm, confirm! “she said. “Be vocal and don’t apologize when you support members of the QtNB-PoC community as whole people who are experts on their (evolving) self and needs.”

“Learn about QTPoC stories and cultures,” she added. “We’ve always been here.”

“Work on your prejudices — take on the life-long challenge of unlearning beliefs that oppress and disadvantage others, and act to remove structural and interpersonal prejudices, stigma, and discrimination.”

The impact of COVID-19 on LGBTQ youth

The 2021 Trevor Project survey also looked more deeply at the impact of the pandemic on the mental health of LGBTQ youth. It is not surprising that the pandemic had negative economic consequences and put a strain on respondents’ financial security, which in turn has had an impact on their mental health and well-being.

Almost half of respondents said that COVID-19 has affected their ability to express their sexual orientations, and more than 80% of LGBTQ youth said it has made their living situation more stressful.

In addition, almost 60% of non-binary and transsexual youth said it had affected their ability to express their gender identity.

The pandemic has also contributed to food insecurity, which in turn is a risk factor for suicide. LGBTQ youth who reported food insecurity last month, 30% of respondents, were twice as likely to have suicide attempts as teens who did not report it.

Racial differences were strong here too. Fifty percent of all local/indigenous LGBTQ youth and more than one in three black and Latin American LGBTQ youth said they had experienced food insecurity in the past month.

“The past year was incredibly difficult for so many young LGBTQ people due to multiple crises, from the COVID-19 pandemic to the hostile political climate and repeated acts of racist and transphobic violence,” says Amit Paley. “This data makes it clear that LGBTQ youth face unique mental health issues and continue to have differences in access to affirmative care, family rejection, and discrimination.”

Furthermore, “federal laws such as the [Pursuing Equity in Mental Health Act] could enshrine both development and repair efforts, as they would introduce some long-needed civil rights protection measures and modernize others.”

“In education, we’ve seen progress toward an inclusive curriculum from California (ethnic studies) to Illinois (LGBTQ curriculum), so there’s hope,” she added.