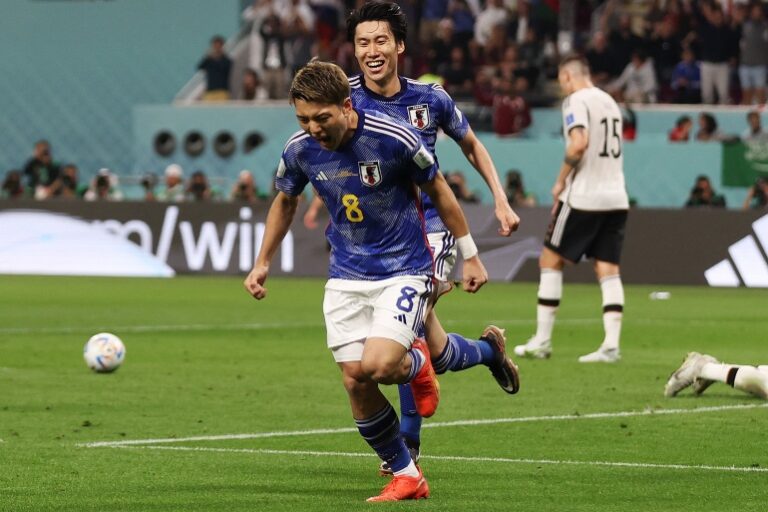 Takuma Asano scored a victory in the 83rd minute when Japan stunned four-time world champion Germany 2-1 in their opening game of the 2022 World Cup.

Germany had full control in the Group E duel, but with every missed opportunity, they left the door open for Japan, who showed almost nothing in attack until a series of substitutions in the second half provided some energy.

However, Japan fought back in quick succession, first by equalising Ritsu Doan and then by Asano’s late goal, sealing a historic victory that came just one day after the shock from Saudi Arabia for Argentina.

With the defeat, Germany, which was eliminated in the group stage as reigning champions in 2018, must now fear a second early exit in a row.

Kosuke said he didn’t expect his team to beat Germany, but now, he added, the Blue Samurai was unstoppable.

“They’re going to lose their heads at home and maybe they’ll get a day off tomorrow, just like Saudi Arabia,” Kosuke said with a grin on his face.

The German fans, meanwhile, trudged away silently with their shoulders folded down and flags folded away.

This defeat brought a look back at the last World Cup campaign in Russia four years ago, when Germany failed to make it through the first round.

“Anything that could go wrong went wrong for us,” German fan Thomas told CNN Breaking News.

Germany is at rock bottom for the time being. They lost their start as in 2018 — 1-0 against Mexico — and were eliminated in the group stage as defending champions.

The German players had previously covered their mouths with their right hands when they lined up for the photo before the game to protest against FIFA, which forbids them from wearing a One Love bracelet.

“Denying us the bracelet is the same as denying us a vote. We stand by our position,” the team said in a statement following the protest.