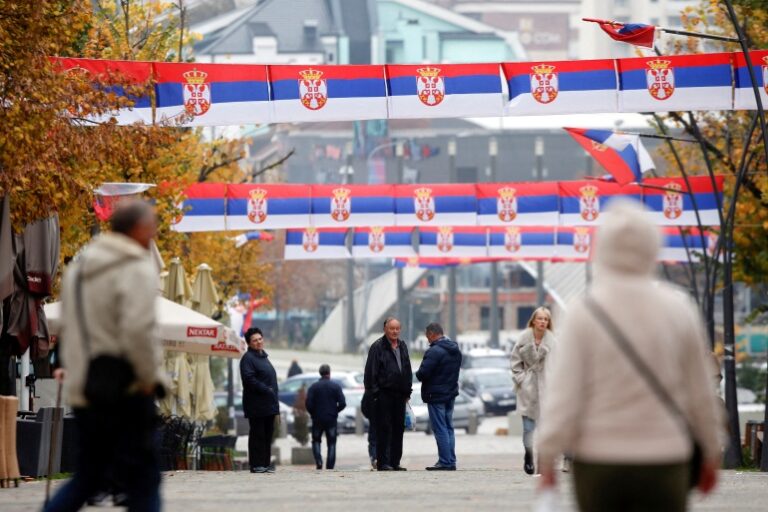 The prime minister of Kosovo, who was accused by Brussels of halting talks to settle a dispute over a plan to replace Serbian license plates, has delayed the plan for two days.

The dispute broke out after Kosovo announced that the country’s ethnic Serbs would be punished if they did not exchange the license plates issued by Serbia for registration numbers issued by Pristina.

The underlying source of tension is Kosovo’s 2008 declaration of independence from Serbia, which does not recognize the move and has encouraged Kosovo’s Serbian minority to remain loyal to Belgrade.

Kosovo Prime Minister Albin Kurti said on Twitter Tuesday morning that he had accepted a request from Washington “for a 48-hour delay in the introduction of fines” for cars with Serbian license plates.

The delay helped calm tensions in northern Kosovo, a day after negotiations between Belgrade and Pristina, brokered by the European Union, over the potentially explosive program had failed to produce any results.

“I’m excited to work with the US and EU to find a solution over the next two days,” Kurti tweeted.

The dispute has caused alarm in the EU, which has tried to normalise relations between Serbia and Kosovo, and wants both to refrain from provocative gestures.

The United States ambassador to Kosovo, Jeffrey Hovenier, also expressed concern about the failure to remove the number plate row, which could trigger a regional crisis.

In the latest development this month, Serbs in northern Kosovo have left their public institutions in protest against the program.

Washington had requested the two-day delay “so that the EU and the United States could further involve the parties to find a solution,” Hovenier tweeted.

The EU’s best diplomat, Josep Borrell, hosted the negotiations between Kurti and Serbian President Aleksandar Vucic in Brussels on Monday.

After that, Borrell said Vucic was ready to accept an EU compromise proposal “which could have avoided this risky situation,” but Kurti was not.

After returning to Belgrade, Vucic said the situation was “on the brink of conflict.”

“There is tremendous anger among the Serbs in northern Kosovo,” he said in a public speech. He added that he would ask the latter to “try to keep the peace.”

Borrell urged Pristina not to implement its license plate law, and Belgrade not to issue new signs with Kosovo’s city initials. He said a period of reflection would give time and space for diplomacy to resume.