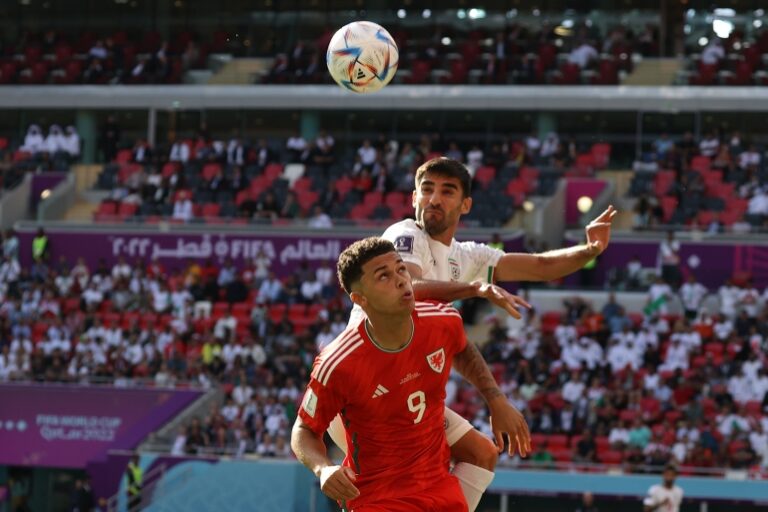 Two goals in quick succession deep in injury time gave Iran its first win at the World Cup. He defeated a spirited Welsh team that ended the game with 10 men.

Wales dominated possession throughout Friday’s game, and the first half had been a hard-fought affair as both groups of fans passionately pushed for their teams.

Iran was the better team and was unlucky when Sardar Azmoun and Ali Gholizadeh hit the right and left posts within a few seconds shortly after the restart, while Wales offered Kieffer Moore and later Ben Davies the best chance early on.

Wales goalkeeper Wayne Hennessey received his marching orders in the 86th minute after bringing Mehdi Taremi outside the box. There can be no complaints after VAR has shown the collision several times and the referee has been forced to reverse his previous decision to throw a yellow card.

An overwhelming long shot from Roozbeh Cheshmi left Iranian fans screaming eight minutes after the start of second-half injury time at Ahmad bin Ali Stadium. It was as clean a shot as possible, as it sailed past several defenders and nestled into the bottom of the net.

The Welsh players fell to their knees in shock.

Ramin Rezaeian then made it 2-0 three minutes later. He raised the ball carefully over substitute manager Danny Ward and sent the Iranian fans into raptures.

It was a big win for Iranian coach Carlos Queiróz, who had been criticized after his team’s 6-2 loss to England. After the game, he said: “I have no words to thank our players. They were brilliant. They deserve all respect.”

Gareth Bale was bitterly disappointed by his interview after the game. “We’re eviscerated. There’s no other way to say it. It’s hard to bear, but we need to recover and try to try again.”