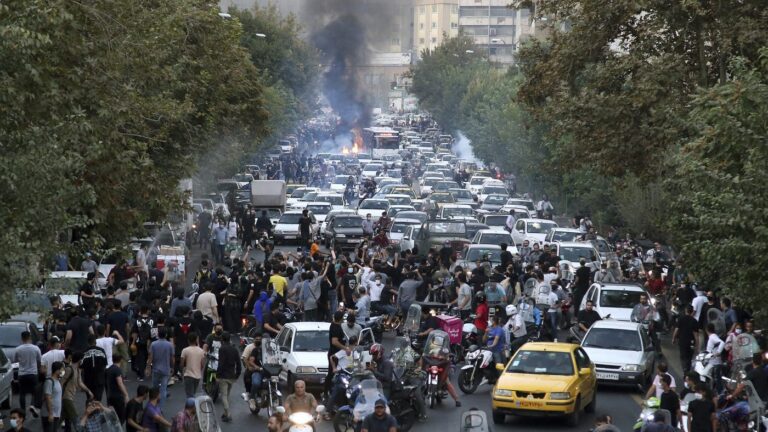 Iranian Ministry of Foreign Affairs has convened the ambassadors of the UK and Norway over issues that it argued are interfering with the country’s ongoing unrest, according to state media.

The Director General for Western Europe in the Iranian Ministry of Foreign Affairs called on the Norwegian Speaker of Parliament about the latest protests in Iran for alleged “prejudices and unrealistic comments,” according to official Iranian news agency IRNA.

The British ambassador has meanwhile been punished for London-based, Persian-language “media hosting,” which Iran believes has generated “provocations and invitations to turmoil and spread unrest in Iran at the top of its agenda,” according to a second report by IRNA.

According to state media, the two issues could be seen by Iran as interference in Iran’s internal affairs.

Iran has experienced unrest in the week since a 22-year-old woman died in Iranian moral police custody as demonstrators demonstrate against the country’s strict dress code and clash with security forces.

Mahsa Amini was arrested for allegedly wearing a hijab improperly and later died in police custody. Although Iran denies that Amini was mistreated, reports suggest that she was beaten while in detention, according to a release from the UN Human Rights Office.

Following news of Amini’s death, there were protests across the country, and the Iranian police and paramilitary forces have reportedly been trying to suppress the demonstrations since then, sometimes using tear gas, pellet guns and live ammunition, the UN reports.

International attention was focused on Iran as world leaders criticized Iran’s treatment of women and the treatment of demonstrators.

The ambassadors of Norway and the UK have reportedly raised Iran’s concerns to officials in their respective capitals of Oslo and London.