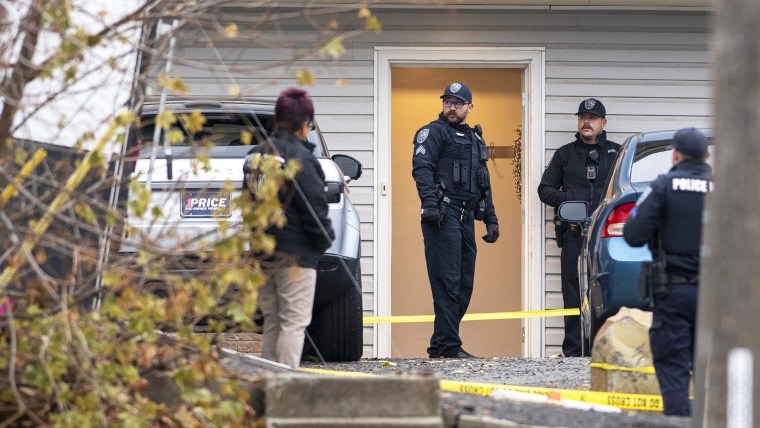 Mixed messages and unclear police responses would have given the person who fatally stabbed four students to death in the university town of Moscow in Idaho more time to escape, law enforcement experts say.

As the investigation began its second week without a suspect and police extended a network around the students’ home off campus, Moscow Police Chief James Fry told reporters on Sunday: “I can’t tell if the person is here; I can’t tell what community the person is in.”

This uncertainty — as the killer or killers are still at large — has led to growing frustration among University of Idaho students, victims’ families, and the wider community, and has focused on how local police are handling the investigation into the murders in the early hours of November 13.

“There’s definitely a lot of confusion about the mixed messages,” said Emma Jackson, 18, a freshman who left campus early before Thanksgiving break. “I’m frustrated with the lack of information and the shift from no threat to a potential threat, and I’m sure I’m not the only one who wants more clarity or isn’t sure about going back to school if no suspects are found before the break is over.”

In the hours following the discovery of the victims’ bodies in their private apartment, about half a block from the university, Moscow police told the public that while “no one is in custody,” the department “does not believe there is a continuing community risk.”

Two days later, police described the killings as an “isolated, targeted attack,” using a “sharp weapon,” such as a knife. No weapon was found, and officials continued to say there was “no immediate threat.”

But that changed the next day: “We can’t say there isn’t a threat to the community,” Fry said at a news conference on November 16.

John DeCarlo, professor of criminal justice at the University of New Haven and former chief of police in Branford, Connecticut, said there is particular urgency in the first few hours of a murder investigation. He said informing the public to be alert about suspicious activity was an important guide to potentially apprehending the killer or killers who would otherwise have the option to evade law enforcement.

“The big question remains why did the police declare that there was no clear threat to the community in the case of a multiple homicide? ” he said. It’s “something you need to explain. Otherwise, you’re leaving people with a false sense of security.” 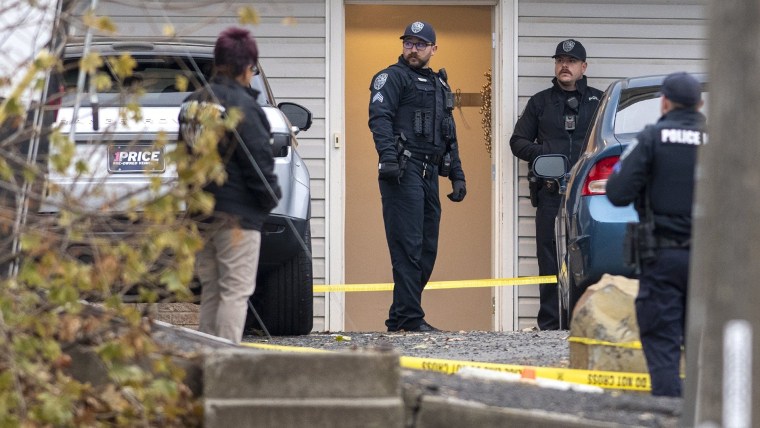 It was also unclear when the Moscow police asked for assistance from more robust law enforcement agencies.

It was two days after the killings when the Department said in a press release that it was working “closely” with Idaho State Police and other state and federal agencies. Neither Moscow Police nor State Police responded to requests for comment as to when additional resources for law enforcement agencies were requested. Up to 20 state police investigators and 15 patrolmen are currently helping, while the FBI said it has sent 22 investigators to Moscow, with more agents being brought in to the case.

His insistence followed days of rumors about the victims, including baseless speculation that their deaths were linked to a “crime of passion.” This initial assurance that there was no danger to the community prompted the father of one victim to call the police.

“The silence further increases our family’s anguish following our son’s murder,” said Jim, father of Ethan Chapin, in a statement, adding, “I urge officers to tell the truth, share their knowledge, find the assailant, and protect the entire community.”

Moscow’s police force of 36 officers and employees cover a largely rural city of almost 26,000 inhabitants, with the population increasing by thousands at the start of university. Officials typically deal with noise complaints, domestic altercations, and improper phone calls.

Murders are rare: The last notable murders occurred in 2007 and 2015, with a gunman killing three people in each of these incidents.

The last murder at the University of Idaho took place in 2011 when a professor fatally shot a graduate student he was dating before taking his own life.

Smaller departments faced with the challenges of a complex crime scene usually rely on the experience of larger agencies, said William King, a professor in the Boise State University Criminal Justice Department.

“They have access to Idaho State Police, which run a branch of the crime lab in Coeur d’Alene, not far from Moscow,” he said. “It’s a really good crime lab.”

Smaller departments also usually don’t have a dedicated spokesperson who is familiar with news. According to law enforcement experts, it is particularly important to publish information quickly — without jeopardizing an investigation or informing the perpetrator — in a case where no one has been caught.

“In a murder investigation, time is of the essence,” said King.

The crime scene, which involved the four victims—friends Madison Mogen, 21, Kaylee Goncalves, 21, and Xana Kernodle, 20, and Chapin, 20, Kernodle’s boyfriend—was described by a local coroner as one of the “most gruesome” crime scenes she’d ever seen.

What we know about the investigation

the last press conference on Sunday, police confirmed that all four had been asleep when they were attacked and that they had each been stabbed multiple times, with some of the victims suffering defensive wounds. Police also denied claims that one of the victims was tied up, gagged, or sexually abused, and confirmed that although a 911 call was made from a cell phone by one of two other roommates who were at home, they do not believe these roommates were involved.

The police also believe that the murders were targeted based on the entirety of the circumstances, but did not say what led them to this conclusion, or which victim may have been specifically targeted, or why they have decided to withdraw their initial statements that there is no danger to the community.

Police agencies need to talk openly with the community about what they know and explain why they can’t reveal all of their information, he added.

“They’re dealing with small departments that don’t deal with these things on a daily basis,” said Giacalone, “and I’m starting to see bosses getting in trouble because of that.”

The victims’ families are also taking note of this. Members of the Goncalves family have received their own tips and said they would go to the police.

“I’m crazy right now,” Alivea Stevenson, Goncalves’ sister, wrote on Facebook on Sunday. “And I know you are too, but I swear I’ll find them. So stay calm for me, I’ll make it. Send a small message if you can, I’ll take ALL the tips lol.”

National attention to the case has also led to Internet spies trying to piece together the victims’ final hours and even targeting potential suspects, including people who have already been ruled out by investigators.

Police have asked the public not to promote rumors and trust their work instead.