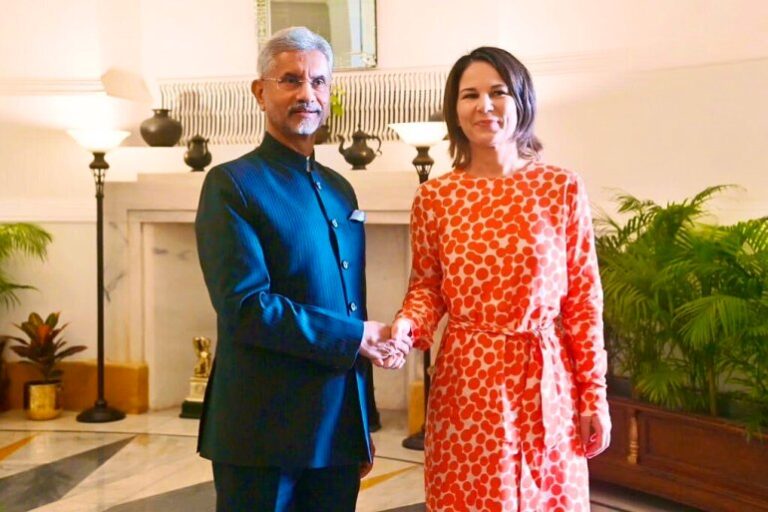 India will prioritize its own energy needs and continue to buy oil from Russia, its foreign minister said, as Western governments introduced a price cap to squeeze Moscow’s revenue from oil exports.

Foreign Minister Subrahmanyam Jaishankar spoke on Monday following talks with his German counterpart Annalena Bärbock. Jaishankar said it is not right for European countries to prioritize their energy needs, but to “ask India to do something else.”

“Europe will make the decisions it will make. It is their right,” he told reporters.

India has not yet committed itself to the $60 per barrel price cap set by the European Union and the Group of Seven Large Industrial Countries for Russian oil. The cap, which came into effect on Monday, is an attempt by Western governments to limit fossil fuel revenues that support Moscow’s military and invasion of Ukraine, while avoiding a potential price rise if Russia’s oil is suddenly withdrawn from the world market.

Jaishankar did not directly refer to the price cap, but said the EU imports more fossil fuels from Russia than India. Indian officials have defended the purchase of oil from Russia and stated that the lower price benefits India.

Since the Russian invasion of Ukraine, India has steadily increased its purchases of discounted Russian oil. These imports hit a record high in October, and Russia became India’s largest oil supplier in terms of barrels per day, the Press Trust of India news agency said, citing data from energy tracker Vortexa.

India and Russia have close ties, and New Delhi has not supported Western sanctions against Moscow, although it has repeatedly pressed for an “immediate cessation of violence” in Ukraine. India, also an important market for Russian-made weapons, has so far abstained from voting on UN resolutions criticizing the Moscow War.

Jaishankar and Bärbock, who are visiting India for a two-day visit, also discussed the diversification of trade between the two countries, the global consequences of the Russian war on Ukraine, and cooperation on the energy transition away from fossil fuels.

The two countries have signed a migration and mobility partnership that will make it easier for their citizens to study, research and work in the other country.

Germany is India’s largest trading partner in Europe, and more than 1,700 German companies operate in India. German investments in the country are mainly made in the areas of transport, electrical equipment, construction, trade and cars.