In Brazil, Twitter users fear the impact of Musk’s rule 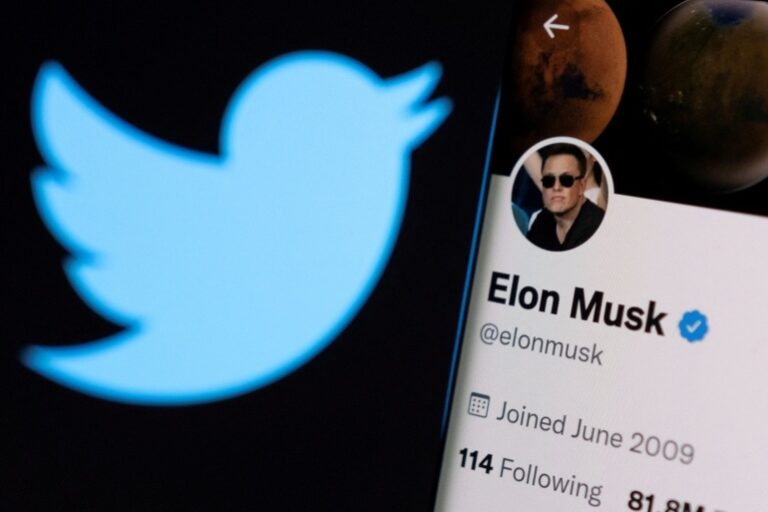 It was Easter, and Lola Aronovich, a Brazilian literature professor, was enjoying a break on a beach with no Internet access, unaware of the smear campaign being organized against her on Twitter.

On this day in April 2015, the son of Geraldo Alckmin, the former governor of São Paulo and currently designated vice-president of Brazil, died tragically in a helicopter crash. Aronovich watched the events on television and went home three days later — only to find thousands of vitriolic posts on Twitter aimed at her because she hadn’t done something.

“A fake tweet was created in which I complained that Alckmin was not involved in the crash. [The attackers] said I deleted the tweet shortly after posting it. The post went viral and I was threatened by politicians, scientists, and users with huge followers,” Aronovich, who teaches at the Federal University of Ceara, told CNN Breaking News.

“I said I never wrote that. A far-right Twitter user noticed that the image was wrong, but the damage had been done. Some of the people [who reposted the fake tweet] deleted their posts, but no one ever apologized to me,” she said.

This was one of the many occasions when Aronovich, who uses Twitter to discuss feminism and human rights issues, was bullied and abused on the social media platform.

“Someone harassed me nonstop for three years and I’m constantly being attacked. I’ve blocked tens of thousands of users over the last ten years,” said the professor, who has a base of just under 200,000 followers on Twitter.

For activists like Aronovich, the changes to the platform under its new owner Elon Musk, namely the paid verification product Twitter Blue, do not bode well.

“I’m getting anonymous comments on my blog saying they can’t wait until [Twitter Blue] is available in Brazil. They plan to create a verified profile on my behalf to defame me at will,” said Aronovich.

The professor is concerned about Musk’s plans to enforce his vision as an “absolutist of free speech” while making a profit.

“This is extremely dangerous because [Musk’s] supporters are usually the ones who harass others online with campaigns that can carry over to the real world,” said Aronovich. “[Twitter Blue] is, in effect, a license for attacks.”

There are wider concerns about how the new management will impact democratic debate on the platform. With 19 million users, Twitter is the ninth largest social network in Brazil, which pales in comparison to WhatsApp, the country’s most popular social app with 165 million users, according to data from We Are Social and Hootsuite.

Despite its relatively low user base, the microblogging site plays an important role in shaping public opinion on the Internet, according to David Nemer, professor at the University of Virginia and associate researcher at Harvard University’s Berkman Klein Center for Internet and Society.

“It’s as if all Brazilians are on Twitter even though they aren’t, as prints of what’s posted there are frequently shared on other social networks such as WhatsApp,” he said.

Disinformation on Twitter, aimed at Brazilian users, has worsened significantly in recent years, said Nemer. He noted that the platform was unprepared for its growing importance in the country, due to the attention that President Jair Bolsonaro received on Twitter when he used the platform — and other social media — to reach voters in his 2018 election campaign, which was in the South American nation for the first time. This in turn led to increasing acceptance of the instrument across the political spectrum.

With nearly 70,000 followers on Twitter, Nemer uses the platform as an activism tool and to advance his academic research, which focuses on producing and disseminating false information by far-right groups via messaging apps such as Telegram and WhatsApp.

Similar to Aronovich, Nemer’s Twitter activity made him a target that frequently received threats. He fears that Musk’s recent decisions, such as the removal of the department focused on making the platform’s algorithm more fair and transparent, will have serious consequences.

“Absolutism when it comes to free speech is a bad thing in Brazil because it hits right at the core of democracy while also preventing people from different social classes, races, and sexual orientations from being part of the platform,” he noted.

More generally, the scientist believes that Twitter will continue to play a decisive role in the new government led by Luiz Inácio Lula da Silva, who was elected last month.

“The war of disinformation is likely to continue as it involves creating narratives and occupying spaces. Twitter is critical in that sense, and I don’t see anyone [on the political scene] letting go of that,” Nemer added.

Last week, Musk said Twitter would limit the reach of negative or hateful content — something that existed before he bought the company — while avoiding deleting such posts.

“[Musk] is trying to show progressive viewers that he is doing something to curb hate speech as these people have left the platform in droves,” said Nemer.

But such methods of curbing the spread of hate content are somewhat inefficient, said Ale Santos, a Brazilian-based author and Afrofuturism Twitter influencer.

“People who are committed to spreading false and offensive content online are constantly investigating where the limits of the platform lie and are improving their way of spreading hate online,” Santos emphasized.

Paying for verification is a “luxury”

“You couldn’t say a word against the government, and an army of [Bolsonaro] supporters would collapse like a ton of bricks to insult, harass and criticize them,” he said.

“They’re not interested in the debate itself. Instead, they’re focused on creating controversy that will reverberate across the network,” said Santos, a novelist who has over 145,000 followers and has been involved in a series of vicious debates with users, including the president’s son Eduardo Bolsonaro and other far-right influencers.

After realizing that activities on Twitter were taking a toll on his mental health, Santos decided to expand his activism to other platforms.

“I’ve decided to do that through my podcast and through my literary work. I’ve left Twitter aside for these debates: I still say what I think, but I don’t get involved in individual clashes with people,” he remarked.

Musk’s plans to monetize the platform while turning it into a “town square” where everyone can have a voice don’t make sense in Brazilian reality, Santos said.

“A town square would be great if everyone could be in it. As a white American man, Musk seems pretty alienated from other cultures. In Brazil, where food insecurity has worsened, paying to be checked on a social media website is a luxury. It will widen the social divide within the platform and make it a stage for extremists,” Santos said.

On Saturday, Musk brought Donald Trump back, a day after he announced that the platform was reinstating some banned Twitter users, including author Jordan Peterson, comedian Kathy Griffin, and conservative parody outlet The Babylon Bee. Santos believes the latest decisions are an allusion to a far-right audience.

“That way, [Musk] is implying it’s going to be easier for this group,” he said, adding that advertisers aren’t likely to like it either. “[Reintroducing suspended users] is another measure that can destabilize the platform.”

“The content guidelines on these platforms are orders from the United States to the rest of the world that were created as a reflection of the Capitol invasion rather than political processes that took place elsewhere,” she said, referring to former Twitter CEO Jack Dorsey, who acknowledged before the US Congress that the website had played a role in the Capitol riots.

The need for regulation

According to Santos, the US also needs clear rules about what platforms can and cannot do. Brazil has proposed a bill to regulate social media, which is currently stuck in Congress.

“They [the US] also don’t have a data protection law, whereas Brazil has one,” she said.

an event hosted by Brazilian business leadership group LIDE on Monday in New York, Brazilian Supreme Court judge Alexandre de Moraes emphasized the role of lawmakers in fighting the spread of false information online in Brazil. The judge also reaffirmed his plans to regulate social networks so that they are no longer a “no man’s land.”

Given that Twitter has become a central part of public discourse worldwide, the lack of regulatory mechanisms that recognize its importance is “unfortunate,” said Bill Thompson, a UK-based internet pioneer and commentator from Digital Planet, a technology program run by the BBC World Service.

“That’s an indication that we haven’t really thought about how important these platforms are,” he said.

Asked how Musk could ensure Twitter was a better place to promote Democratic debate, Thompson remarked: “He could say, ‘Make this a public place we can be proud of, with the technology, tools, and facilities that make a positive contribution to humanity, and do this as my legacy. ‘”

“No one should own a town square,” and that the platform could exist under a public trust company, Thompson added.

“[Musk] is someone who has lots of other companies, is a wealthy person and doesn’t need [Twitter] to make a profit,” he said. “Twitter could be independent of him and anything else.”