How Congress can combat hunger and support America’s “extended families” 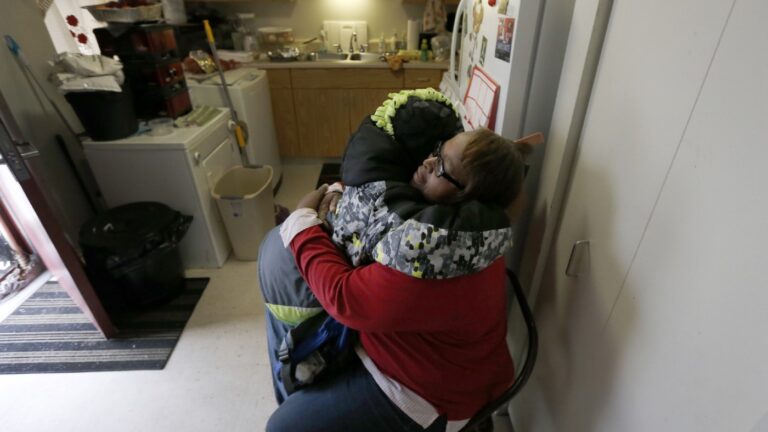 Alice Carter knows that hunger hurts. As an unemployed grandmother in Cheyenne, Wyo., she stepped in to raise her two grandchildren alone without help. She told me recently about a time when she only had oranges that someone had given her to feed her. Not just for a meal. But for multiple meals and for days on end.

Carter is one of more than 25 million people in the United States who reported suffering from food insecurity last month — meaning they either sometimes or often didn’t have enough to eat.

Her story is far too common and is an example of a deeply disturbing trend in our nation’s losing battle against hunger. More than 2.5 million children in the United States are brought up in “extended families,” or households where the primary caregiver is not the parents. Almost as standard, these families — often led by grandparents, but also by aunts and uncles, cousins, or even close family friends — require special care and additional support. But a disproportionate number of them are starving. As more than 250,000 children in the United States lose a parent or primary caregiver due to COVID-19, the number of extended families in our country will continue to rise. We must work to ensure that hunger does not grow with them.

My organization, Generations United, released our annual report on the state of extended families this month. This year’s report focuses exclusively on how and why hunger and extended families are so closely intertwined. Unfortunately, we had good reasons for this focus. A quarter of households led by grandparents were affected by food insecurity in 2019-2020, more than twice as high as at the national level. The food insecurity rates in older (over 60 years) households with grandparents and grandchildren without parents are three times higher than in comparable households without children.

Let me make this clear: extended families are the best option for kids who can’t be raised by their parents. Research shows that children raised by relatives have better mental and behavioral health outcomes, greater stability, and deeper rootedness compared to children placed in foster care with unrelatives. They feel loved.

Then why don’t so many extended families have enough to eat? Our report found that this is often because caregivers unexpectedly assumed this role and did not include the costs of raising a child in addition to their own medication or rent. In addition, more than half of extended families live in southern states, where food insecurity is highest, and a large proportion live in rural areas where food sources and transportation options may be scarce. Large families are also a disproportionate number of people of color who suffer health-damaging consequences such as food insecurity as a result of systemic racism and discrimination.

In September, the Biden government released the first-ever national strategy to combat hunger, with the aim of completely eradicating it within a decade. We support a number of recommendations in this report — from expanding free school meals to reintroducing the more generous tax credit for children — that would help all families avoid the pitfalls of hunger. We were particularly pleased to receive reporting recommendations specifically tailored for large families and children in “kinship care,” such as improving the reach of grandparents raising grandchildren to maximize participation in Supplemental Nutrition Assistance Program (SNAP) benefits — less than half of grandparent households eligible to participate in SNAP (link) — and increasing funding for nutrition programs under the Older Americans Act.

Given the urgent and unique challenges extended families face, we need to make changes now. Expanding “kinship navigator” programs would give more extended families access to food and nutrition, such as the Special Supplemental Nutrition Program for Women, Infants and Children (WIC), of which they may not know anything or have difficulty accessing. The U.S. Department of Agriculture and state health agencies should make sure more extended families are eligible for this support as a matter of priority by setting up a child-only SNAP benefit based on the child’s needs, not on household income, and by ensuring automatic access to free school meals. Ensuring that outreach program materials meet standards for diversity, equal opportunity, and inclusion would maximize their impact for those most in need.

As families across America prepare to enjoy their Thanksgiving gifts, it’s our duty to remember the kids whose grandparents can only afford, if anything, to feed them oranges from someone else’s plate. A grandparent or other close relative raising a child when a parent is unable to do so represents the best thing in humanity. In return, we owe them our best, and that starts with every extended family being able to put enough food on the table so kids can grow and thrive.

Donna Butts is the CEO of Generations United. Twitter: @GensUnited