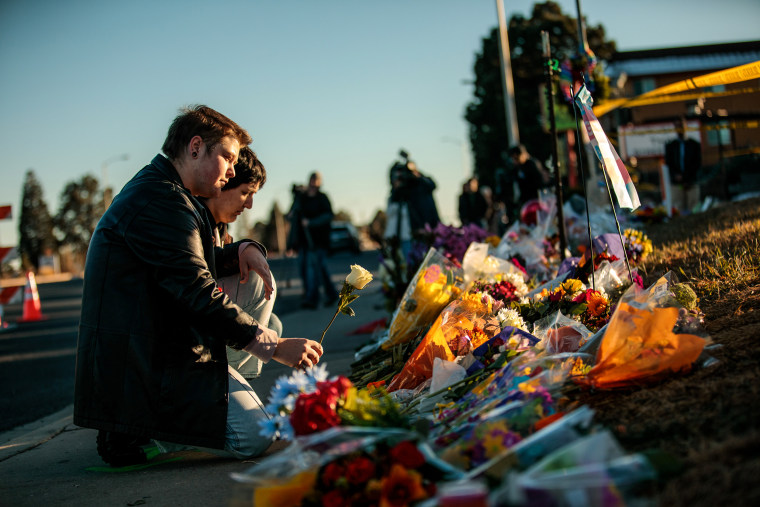 Before Club Q became the scene of a tragic shooting, it was a haven for poet James Davis.

The bar in Colorado Springs, Colorado, described Davis as “a truly liberating place” in the middle of a conservative city. He and his friends gathered at the “Hokey Small Town Gay Bar” for karaoke.

Now, a poem from 2020, which he wrote as a tribute to the club, has reappeared online with the title “Club Q”. Many have spread it to mourn the five people who died in Saturday evening’s shootings, which also injured 19.

In a telephone interview with CNNBreakingNews.net on Monday, Davis said he wrote the poem about the club as if the club itself were talking. He described it as “a safe place where you can be yourself” in a city where “it’s not always safe for you to be yourself.”

“When you go to a gay bar, even if it isn’t that transformative, ecstatic experience, like normality and even the kind of lameness in a way, the gay bar is a gift and a treasure,” Davis said. “And that every memory you have there is valuable and not something you can take for granted.”

The poem is contained in his book of the same name “Club Q”.

Davis said he hasn’t been to the club since 2016. But after the news of the shooting broke, he received text messages like, “I’m so sorry,” because his work has made him so closely associated with the club.

After the 2016 Pulse shooting, in which a gunman killed 49 people at the gay nightclub in Orlando, Florida, Davis was “extremely shut down and in some ways deaf.”

However, the Q shooting made him angry. “I was just angry,” Davis said.

According to the nonprofit organization The Gun Violence Archive, 2022 is the third year in a row with more than 600 multi-victim shootings in America.

Davis said when his poem was shared on social media, he found that his writing not only helped those affected by the Q-shootings, but also helped him.

“It makes me feel that I have a certain responsibility to the people in my community,” he said. “I didn’t write this poem without a reason. I mean, really, I think that when I wrote a poem, a part of me understood the possibility of something like this happening.”

Davis said he was happy the poem has become a way to help others grieve. “I think it makes me feel like I’ve done something right,” he said.

As for the future of Club Q, Davis said he hopes the bar will be around for many more years. He hopes that the people who belong to the establishment know that he is thankful for his existence.