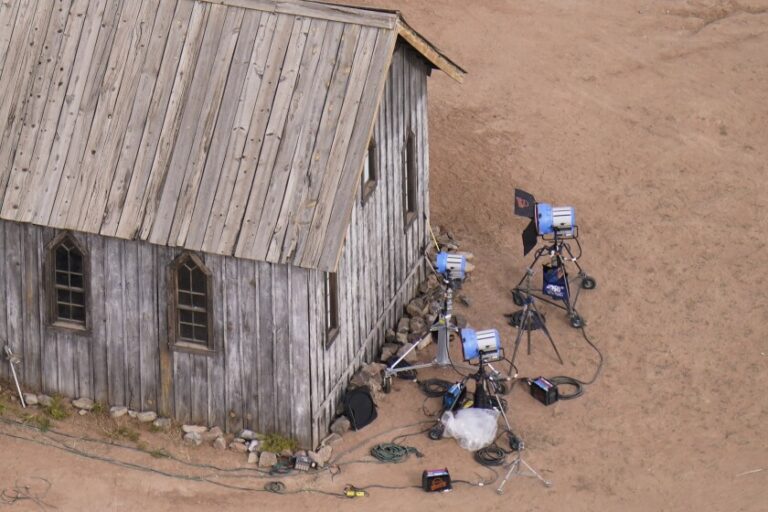 Two of Hollywood’s biggest unions are accusing the major studios of failing to pass laws that would regulate handguns on movie sets after filming on the “Rust” movie set in October.

The Directors Guild of America and the International Alliance of Theatrical Stage Employees, the latter representing crew members such as gaffers, makeup artists and clients, said they were disappointed they couldn’t reach an agreement with the Motion Picture Assn. about legislation that establishes new requirements for the training and qualification of tank workers, as well as penalties for violation of safety protocols.

The unions and the MPA, which advocates for studios and streaming companies from Walt Disney to Netflix, held talks last week to find wording for a new law to be passed this year. However, the discussions, led by Senator Anthony Portantino (D-La Cañada Flintridge), ended without consensus. The death of a respected cinematographer during the filming of a western in New Mexico has renewed calls for more security measures on film sets.

“The DGA and IATSE we are disappointed and discouraged that this critical legislation, which would have called for important safety protections for our members and all workers in our industry, did not come into force during this legislative period,“the unions said in a joint statement. “We have not been able to get the studios to support significant, meaningful and practical security reforms that they are currently implementing in other parts of the world.”

A representative for the MPA was not immediately available for comment.

After the accidental killing of cameraman Inhalyna Hutchins on the set, the legislator demanded bills banning weapons, and producers and movie stars promised to stop using live weapons. But so far, little has changed in the industry.

Both sides have announced that they will continue negotiations in the hope of possibly passing new laws next year.

”We remain committed to reforms that protect our members through negotiations with the studios or legislation in California and other states,” the unions said in a statement. “These changes require prioritizing security and allocating resources to make this possible on the ground.”

Last week, the MPA said that it“ too, “remains committed to improved firearms safety and training programs.”

Senator Dave Cortese (D-San Jose) had introduced Senate Bill 831, which would have codified guidelines for the use of guns on sets, including setting penalties for violations by producers. Hollywood’s major unions, including IATSE and the DGA, supported the bill, but not the MPA.

The MPA instead approved a narrower bill, SB 829, introduced by Portantino. This bill focused on the use of firearms on sets and required the presence of a Fire Safety Law officer, while SB 831 required the appointment of a broader safety officer for sets.