Habitat destruction is a major cause of ancient extinction: study 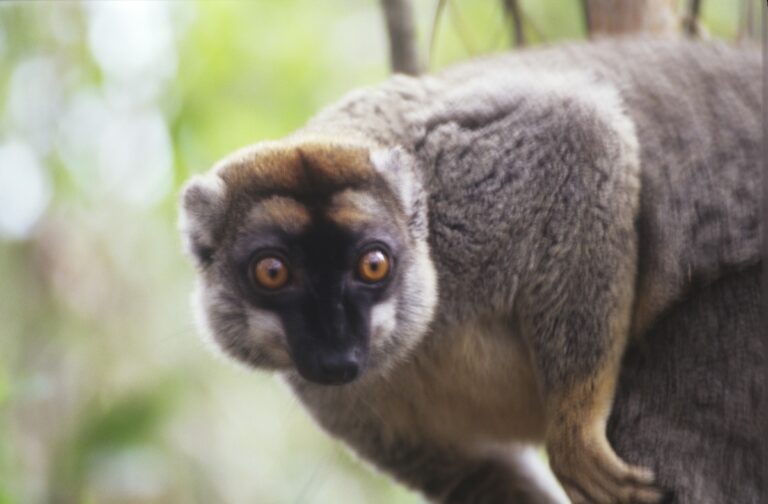 A new study questions whether hunting is the main reason for a sharp decline in animal populations, suggesting that the destruction of animal habitats through agriculture poses a potentially greater threat.

According to a study published Tuesday in the journal Scientific Reports, researchers found that agriculture was the key factor in the eradication of large mammals on the island of Madagascar.

The results underline that hunting is not the only — “or perhaps even the main method” — in which humans influence wildlife populations in their environment, according to an explanation from the Max Planck Institute for Geoanthropology, which conducted the research.

“Our findings suggest that the occupation and alteration of space by burning forests for introduced pasture species has driven the extinction of large animals on the island, not the mere presence of hunters,” Sean Hixon, lead author of the study, said in a statement.

To draw conclusions, scientists from the Planck Institute investigated the sudden extinction of the huge island menagerie of large, unique reptiles, birds and mammals around 1,000 years ago.

According to a statement from the Institute, their disappearance has long been attributed to a combination of overhunting and climate change.

However, it does not explain why animal populations remained relatively stable over a thousand years of human habitation — between the arrival of the first settlers 2,000 years ago and the sudden extinction around 1000 AD, as Mongabay reported.

The answer lies in the destructive role agriculture plays in increasing human populations and destroying habitats, according to researchers at the Planck Institute.

According to the research team, populations of lemurs and elephant birds began to disappear from the fossil record around the same time that traces of populated agriculture appeared.

This includes charcoal — a sign that forests have been burned to open up new fields — and the bones of domestic animals such as zebu, cattle, and dogs.

According to the researchers, what killed hippos and large turtles was a major man-made act of landscape transformation. They concluded that the transformation of wild landscapes by humans — wiping out the green corridors between shrinking animal habitats and dividing populations into small, fragmented islands — posed a far greater threat.

According to a fact sheet from the Center for Biological Diversity, maintaining these corridors — known as “habitat connectivity” in wildlife management — has become increasingly important for the modern attempt to protect large animals from extinction.

While populations of mountain lions, panthers, bears, and elks in the US have long lived next to human fields and settlements, a new force has helped break down their habitats into disconnected pieces: cars, according to the center.

Cutting historic wildlife areas in half by highways may result in a final decline in populations as newly separated populations succumb to inbreeding, birth defects, and ultimately extinction, leading to further chaos in the prey populations that once kept them under control.

According to Scientific American, native cougars in Southern California, for example, have begun to show serious birth defects due to their gene pools being cut into tiny segments and cut into tiny sections as a result of the spread of highways around the region.

That makes connecting these pools an important step in halting the decline of these populations — a move California has taken on a large scale.

In April 2022, California Governor Gavin Newsom (D), together with federal and local partners, broke ground for an epic solution to this problem: the Liberty Canyon Wildlife Crossing, the world’s largest wildlife bridge, according to a statement.

The crossing will provide pumas and other wildlife a safe way to cross the deadly barrier of the 10-lane 101 Freeway, which links cougar populations in the Santa Monica Mountains with those in the Simi Hills and Santa Susana Mountains, according to the state.