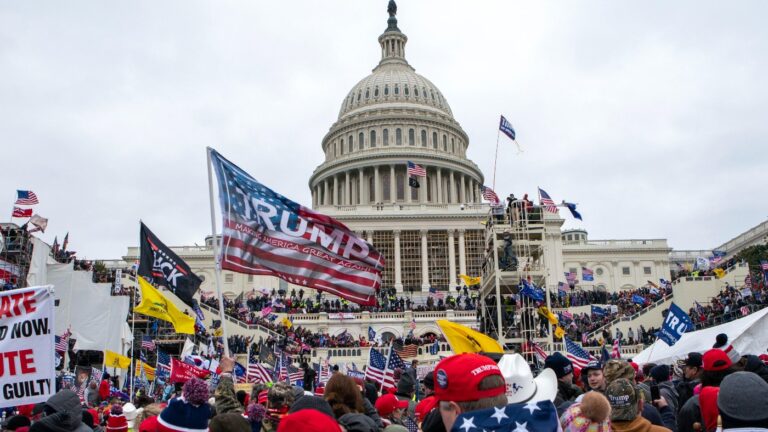 A former army reservist and “avowed white supremacist” was sentenced to four years in prison for his actions during the January 6, 2021 insurrection.

Timothy Louis Hale-Cusanelli was sentenced to 48 months in prison for obstructing official proceedings and four related offenses, according to a release from the Department of Justice (DOJ).

An NPR analysis shortly after the rebellion revealed that almost one in five people charged with crimes related to the insurrection at the time had some history in the military.

Court documents revealed that Hale-Cusanelli, a former Navy contractor who worked at a naval weapons station and had a “secret” security clearance, is an “avowed white supremacist and Nazi sympathizer.”

The DOJ press release states that Hale-Cusanelli came to Washington, D.C. on January 6 and joined a group of rioters who broke through a police line to secure the Capitol compound. He told other rioters to “advance” on the Capitol and kept ordering it after they had entered the building.

When he was inside, he made “harassing and derogatory” statements to the Capitol Police Officers and told them that, according to the press release, a “revolution” was imminent. He stayed in the building for about 40 minutes.

Hale-Cusanelli told a friend days after the rebellion that he was hoping for a civil war and that the “tree of freedom must be refreshed with the blood of patriots and tyrants,” according to the Ministry of Justice.

He was arrested nine days after the rebellion and found guilty on May 27 this year.

During his sentencing, the court found that he was obstructing justice when he made statements under oath, thus increasing his sentence. After completing his prison term, he is set to three years of supervised release and must also pay a fine of 2,000 dollars.

He was reportedly known for having a “Hitler mustache.” He was demoted and released in October.