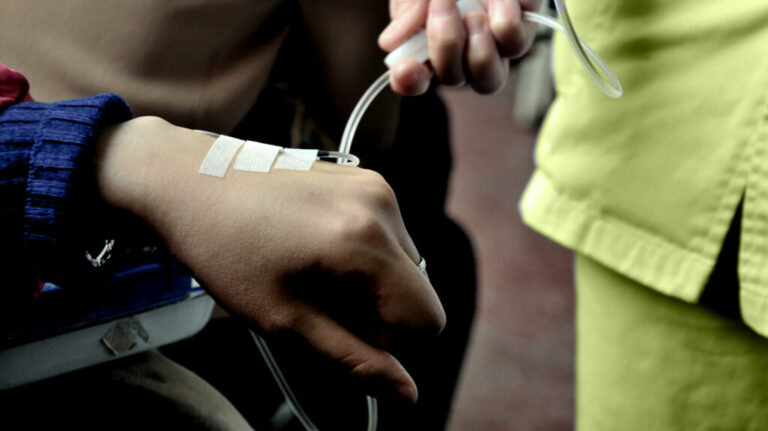 Lung cancer is the third most common type of cancer in the USA and has the highest mortality rate, according to the CDC.

Although both have relatively high mortality rates, overall mortality rates among men have fallen by 56% since 1990 and among women by 32% since 2002. The 5-year survival rate for NSCLC is 26% compared to 7% for SCLC.

Why some lung cancers are more difficult to treat

Many improvements in cancer treatment over the last decade have come from a better understanding of cancer genomics and the introduction of increasingly personalized treatment plans that target the specific mutations of an individual cancer.

However, there were only a few options for people with NSCLC, which has spread to distant sides of the body, known as metastatic NSCLC.

Dr. Wael Harb, hematologist and medical oncologist at the MemorialCare Cancer Institute at Orange Coast Medical Center in Fountain Valley, California, told Medical News Today in an email that “lung cancer is the most common cause of cancer-related mortality in the United States and globally,” with “more than 80% of lung cancers […] classified as NSCLC.”

“NSCLC is difficult to treat because it is often diagnosed at an advanced stage that is not appropriate for curative surgery or definitive chemotherapy. Some of these patients have been treated for surgery or radiation relapse, others are diagnosed with advanced or metastatic NSCLC, which, while treatable with currently available treatment options, is not curable.”

Combined use of immunotherapies One

An option that could prove promising for treating these types of cancer is immune checkpoint inhibitors, which are given together with chemotherapy.

Immunotherapies work by strengthening the immune system’s ability to attack and destroy cancer cells. These can work in various ways, either by increasing the number of cells that are produced by the immune system and can kill cancer cells, or by stopping the mechanisms that can kill immune cells.

Dr. Alastair Greystoke is an oncologist at the Northern Centre for Cancer Care in Newcastle, UK, specializing in lung cancer, and he is also the joint chief researcher of the CONCORDE trial in the UK, which is investigating the effects of various drugs combined with radiotherapy for lung cancer.

He told MNT: “One of the tasks of the immune system is to kill cancer cells in the first place […] With immunotherapy, we ask the cells to do what they should already do, which is to kill the cancer cells.”

He explained that this was different from chemotherapy and that cancer cells can learn to repair the damage chemotherapy does to their DNA. The use of immunotherapy along with chemotherapy offered another goal.

The drug durvalumab is an existing immunotherapy used to treat NSCLC. It searches for cancer cells by looking for and binding a specific protein called PD-L1 protein. The immune system then recognizes the marked cells as cancer cells and kills them.

Both received approval from the FDA for the treatment of advanced liver cancer in October 2022 following the publication of the Himalayan phase 3 trial results.

However, results of studies involving immunotherapies targeting these two signaling pathways in NSCLC have been mixed so far.

The recent publication of the results of the POSEIDON III trial, which investigated the use of these two immunotherapies together with platinum-based chemotherapy in patients with NSCLC, has resulted in the FDA approving a new treatment regimen.

The results, published in the Journal of Clinical Oncology, included the POSEIDON III study a cohort of 1,013 patients at 142 sites in 18 countries who had metastasized NSCLC for which they had received no other drug treatment.

For the randomized control trial, they were divided equally into three treatment groups:

They also found that patients who received tremelimumab plus durvalumab plus chemotherapy were 28% more likely to have no cancer progressing and that the overall survival rate was 22% higher.

Beware of side effects

The rate of adverse side effects was higher when immunotherapies were used. 52% of participants receiving both immunotherapy and chemotherapy reported adverse treatment-related events, compared with 44% who received chemotherapy alone.

The number of patients who discontinued treatment due to side effects was 16%, compared with 10% among people who received chemotherapy alone.

Dr. Harb noted that the study had shown that using immunotherapies with chemotherapy was more than 25% effective than chemotherapy alone, but found that the treatment regimens tested were limited and significant side effects were reported.

He told MNT: “Since we have multiple approved immunotherapy and chemotherapy combination options, it’s not clear how this compares to other therapies, such as Keytruda and chemotherapy. Potential additional toxicity and higher costs for this treatment regimen must be considered.”

“The treating oncologist needs to understand in which patient group this treatment regimen could have an advantage over other approved combination therapies of immunotherapy and chemotherapy,” he warned.