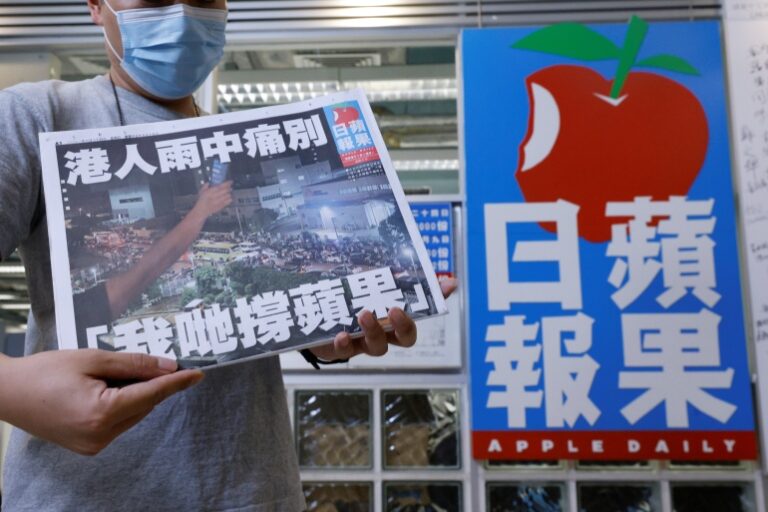 Six former employees of a newspaper in Hong Kong, which was forced to close due to China’s extensive national security laws, have pleaded guilty to conspiring to cooperate with foreign armed forces.

Former Apple Daily employees admitted on Tuesday that they conspired to call on a foreign country or organization to sanction “or other hostile activity” against Hong Kong and China after prosecutors agreed to drop the charges of sedition.

The four senior editors and two executives pleaded guilty to conspiring with Apple Daily founder Jimmy Lai, who faces a separate national security lawsuit next month, in the foreign collusion.

The six, who were accused of using Apple Daily articles to obtain foreign sanctions against China, are to be sentenced for national security and sedition following the conclusion of the lawsuit against Lai.

The convictions are likely to increase fears about press freedom in the former British colony, which fell from 18 to 148 in Reporters Without Borders’s press freedom index.

Apple Daily, a pro-Democratic tabloid known for its heavy criticism of Beijing, was forced to close in June last year after authorities froze their bank accounts and arrested executives and newsrooms.

Several other pro-democratic media, including Stand News, which was raided by police last December, were forced to close as a result of the national security law that Beijing introduced in 2019 following massive and sometimes violent pro-democracy protests.

While Hong Kong remains nominally semi-autonomous with Beijing and claims to protect fundamental rights and freedoms according to a principle known as “one country, two systems,” a sweeping crackdown on dissent since the law was introduced has virtually wiped out the city’s once-vibrant political opposition and civil society.

The legislation, which has been widely criticized by press freedom and human rights groups, criminalizes vaguely defined crimes such as succession, subversion, terrorism, and collusion with foreign armed forces.

Lai, a refugee in mainland China who made his fortune selling clothing before launching Apple Daily in 1995, will be brought to justice on December 1.

The 74-year-old tycoon and three companies prosecutors say were involved in the plot have pleaded not guilty.