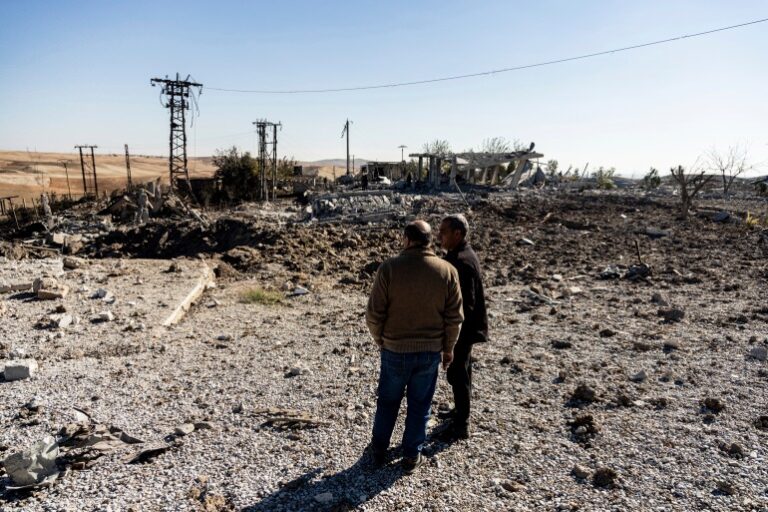 Turkish President Recep Tayyip Erdogan said that his country’s air operations against the YPG militia in northern Syria were just the beginning and that it would launch a land operation there if possible.

Erdogan said on Wednesday that Turkey was more determined than ever to secure its southern border through a “security corridor,” while ensuring the territorial integrity of Syria and Iraq, where it had carried out operations against the Kurdistan Workers’ Party (PKK) and groups it considers members, such as the YPG or People’s Protection Units.

“We are continuing flight operations and will take tough action against the terrorists from the countryside at the best time for us,” Erdogan said in a speech to his AK Party politicians in parliament.

“We’re part of this corridor (and) will take care of it, starting with places like Tal Rifaat, Manbij and Ayn al-Araba (Kobani), which are the sources of problems,” he added.

Erdogan had stated on Tuesday that Turkey’s military operations in Syria would not be limited to just an air operation.

Turkey has previously carried out major military operations in Syria against the largely Kurdish YPG militia. The YPG maintains close ideological ties to the PKK, and Turkey has long referred to it as the Syrian wing of the organization.

While the PKK is described as a “terrorist group” in Turkey, the United States and the European Union, as well as many other Western countries, are supporting the YPG-dominated Syrian Democratic Forces (SDF) in the fight against ISIL (ISIS).

Ankara had launched air operations over the weekend and said they were retaliatory measures for a bomb attack in Istanbul a week earlier, which killed six people and for which the authorities blamed the PKK and the YPG. No one has claimed responsibility and the PKK and YPG have denied involvement.

Turkey has been signaling its intention to launch a ground operation against the YPG in northern Syria for months, hoping to eradicate it from the Syrian side of the Turkish-Syrian border.

Western countries, as well as Russia and Iran, have put pressure on Turkey not to attack.

Senior Russian negotiator Alexander Lavrentyev said during talks on Syria between Iran, Russia and Turkey in the Kazakh capital Astana on Wednesday that Moscow had asked Ankara to refrain from a full-scale ground operation in Syria.

“We hope that our arguments will be heard in Ankara and that other ways to solve the problem will be found,” Lavrentyev said.

Turkish Defense Minister Hulusi Akar said the army had hit 471 targets in Syria and Iraq since the weekend, which he said was Turkey’s biggest air operation in recent times.

He received briefings and gave instructions late Tuesday in a video conference with the Chief of Staff, the Commander of the Land Forces and the Commanders of the Border Units, his ministry said on Wednesday.

It quoted him as saying that 254 militants were “neutralized” in the operation, a term that was generally used to mean “killed,” but that can also mean wounded.

According to SDF, the Turkish military attacked northern and eastern Syria for a third day on Tuesday with aircraft, drones and heavy artillery, which also hit civilian infrastructure such as hospitals and a school.

The SDF media center said there were six air strikes by fighter aircraft and six drone strikes on Tuesday, in which almost 500 artillery shells hit the region. It was previously said that 15 civilians and fighters were killed in Turkish attacks in recent days.