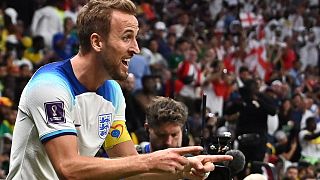 England captain Harry Kane scored his first goal at this year’s World Cup and helped his team beat Senegal 3-0 on Sunday and hosted a game against France in the quarter-finals.

Kane scored a goal for his country for the 52nd time and was within one of Wayne Rooney’s England records. He also overtook Gary Lineker as his country’s top scorer in major tournaments with 11 goals.

England, which reached the semi-finals at the last World Cup in Russia, will face defending champions France on Saturday at Al Bayt Stadium.

Watch CnnBreakingNews.net’s report in the video player above to find out more.