Death toll rises to over 250 in earthquakes in Indonesia 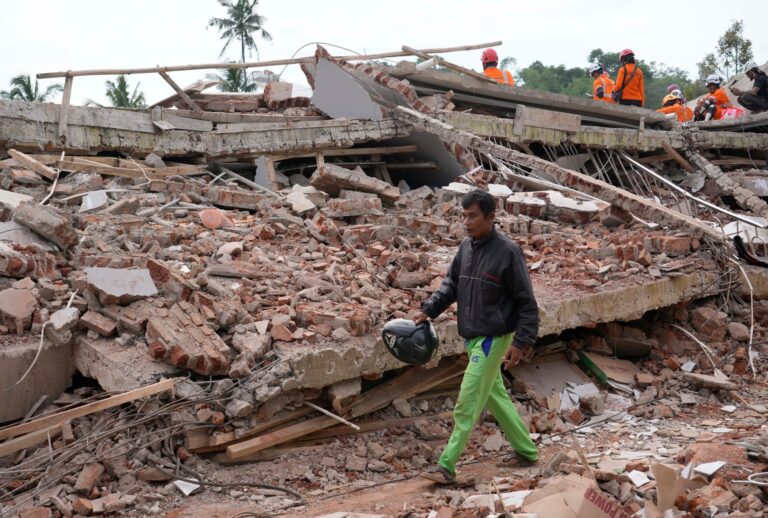 The Associated Press has seen the death toll rise to 268 following an earthquake in Indonesia on Monday morning.

At least 151 people remain missing and more than 1,000 were injured in the 5.6 magnitude earthquake, AP reported. The rescue measures, which lasted until Tuesday, were initially limited by power outages and damaged roads.

According to the U.S. Geological Survey (USGS), the earthquake struck the Cianjur region of West Java province at 1:21 PM local time.

Indonesia is often confronted with earthquakes due to its location in the most seismically and volcanically active region in the world — the Pacific “ring of fire.”

However, the shallow depth of Monday’s earthquake, which occurred just six miles below the surface, likely contributed to its particularly devastating effects, as was the lack of earthquake-proof infrastructure, the Washington Post reported.

Tens of thousands of homes were damaged in the earthquake and more than 58,000 people were displaced, according to the New York Times.