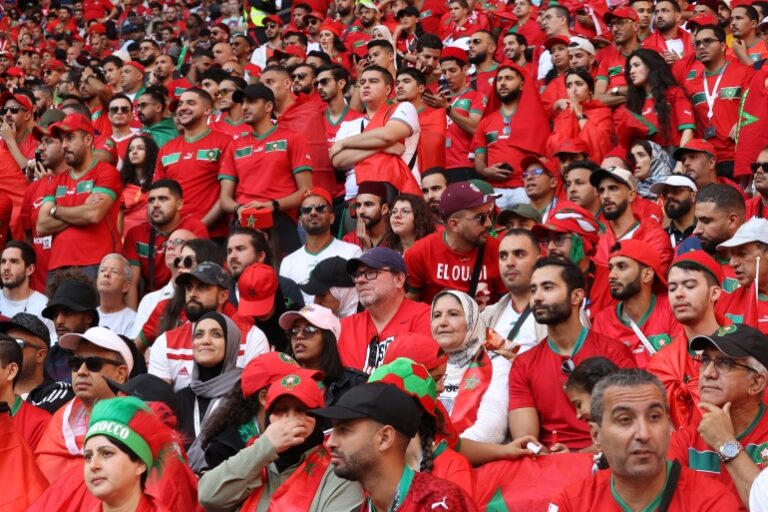 The Croatian World Cup campaign began stuttering with a 0-0 draw against Morocco as the 2018 runner-up lacked the clout of the team that reached the final in Russia four years ago.

In front of Al-Bayt Stadium on Wednesday, Moroccan fans were in a good mood as they mingled with Croatian supporters. And as the kickoff got closer, the atmosphere in the stands reached a high point.

However, the fans wouldn’t be able to provide action on the field in a game in which the odds were very high and end up with the third goalless draw in nine games at the previous World Cup.

There were indications of a possible goal for both sides. Nikola Vlasic got close to Croatia at the end of the first half, while Noussair Mazraoui saved a header for Morocco.

Croatia’s best moments predictably depended on Luka Modric, who floats effortlessly from back to front, with the traditional midfield roles apparently not applicable to the captain.

One minute he was patrolling in front of his fourth back, the next he was hanging from Andrej Kramaric’s shoulder at the front, but always tried to open the North Africans, regardless of whether he was floating right back or hunting further ahead.

Morocco was mainly inspired by Hakim Ziyech. The Chelsea winger, who was recalled to the squad following the recent appointment of coach Walid Regragui, was their most dangerous offensive player in the early stages. His good work, however, lacked an end product.

The encounter was little action, but it was at least intense, as both sides were fighting for dominance in midfield. Still, the first half ended with none of the goals really threatened until Yassine Bounou saved Vlasic’s weak performance.

There was more action in the first five minutes of the second half as Morocco waved away loud penalty calls after Sofiane Boufal’s shot appeared to hit Dejan Lovren’s arm seconds before Mazraoui’s header was saved by Dominik Livakovic.

Moments later, Lovren’s attempt on the slide at the other end was blocked by Sofyan Amrabat, but that was about as good as possible for Croatia until centre-back Josko Gvardiol got a long header in the 80th minute.

Despite the draw, the Moroccan fans were in a good mood after the game, even though they lost some energy in the last few minutes and made a lot of noise when the whistle rang out.

Many stayed at Al Bayt Stadium with 60,000 spectators and continued to sing Ole Ole Ole Ole and Hayya Hayya. Modric, who was just named man of the game on the big screen, was highly ridiculed by the Moroccans, as he did during most of the game.

“It was a very boring game… but that will be enough for now. It is a good booster for us when we play with others in a group.

Croatia will now focus on the game against Canada on Sunday when Morocco meets Belgium.