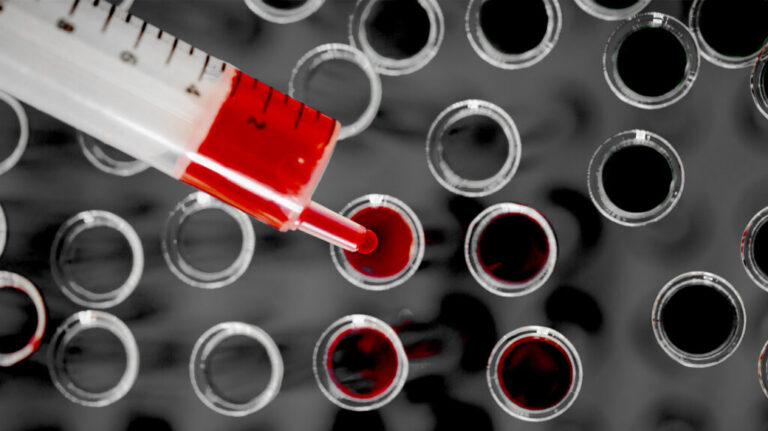 More than 2.3 million women around the world received a new breast cancer diagnosis in 2020. Researchers expect this number to rise to more than 3 million new cases per year and more than 1 million deaths per year due to the disease by 2040.

Breast cancer is generally diagnosed when a patient reports that she has symptoms of the disease and/or the cancer is detected during an examination and imaging tests, such as a mammogram, ultrasound, or MRI.

As with all types of cancer, an early diagnosis of breast cancer can help increase a woman’s survival rate. According to the American Cancer Society, women with localized breast cancer—where it hasn’t spread to other parts of the body—have a 99% chance of living at least five years after diagnosis.

Now, researchers from Leiden University Medical Center in the Netherlands have identified proteins in the blood that change up to two years before a breast cancer diagnosis is made.

Scientists believe they can translate their findings into a simple blood test to detect breast cancer earlier in high-risk women.

This study was recently presented at the 13th European Breast Cancer Conference and published in the International Journal of Molecular Sciences.

According to Dr. Wilma Mesker, assistant professor at the Department of Surgery at Leiden University Medical Center in the Netherlands, she and her research team decided in 2003 to study new methods of mass spectrometry for early diagnosis of breast and colorectal cancer Cancer for early population detection.

“When we were familiar with our breast cancer data, we applied the method to the group of women who needed early clinical screening the most, namely the group of genetically determined and (familial) risk women,” she said.

This led to the start of the Early Serum Test Breast Cancer (TESTBREAST) study. The TESTBREAST study was launched in 2011 by Dr. Mesker and Dr. Rob Tollenaar, Professor of Surgery and Head of the Department of Surgery at Leiden University Medical Center.

The TESTBREAST study included 1,174 women with a high risk of developing breast cancer, either due to family history or due to genetic variants.

Since the start of the study, participating women have taken blood samples at least once a year when they are examined in one of nine hospitals in the Netherlands. And every woman diagnosed with breast cancer also provides blood samples.

Blood proteins that can predict the risk of cancer

During the analysis, the scientists identified six proteins in the blood that had higher or lower levels up to two years before breast cancer was diagnosed.

“In previous research, we looked at protein profiles — names of proteins that aren’t known. Even back then, two years before breast cancer was discovered, we noticed changes in the profiles of a small group of patients,” explained Dr. Mesker.

“We were therefore thrilled that the newly used method of targeted proteomics — known proteins — confirmed our previous results and also revealed the proteins involved. These small variances within the patient themselves can only be detected in a longitudinal study — not in the traditional case control that is commonly used,” she continued.

Development of a blood test

Researchers believe their findings could ultimately be used to create a simple blood test to detect breast cancer early in high-risk women.

“Taking blood every six months — even more often — creates a baseline for the patient so that the patient is in control himself,” Dr. Mesker explained when asked how this type of blood test could work.

“Small changes in proteins can be detected precisely. Based on these findings, the doctor/patient may decide to monitor more frequently (or use it for clinical decisions), such as a prophylactic mastectomy or tumor surgery. A simple blood test can be performed more frequently, is more practical, less expensive and there is no risk of complications.”

Question when a blood test like this could be available to the public, Dr. Mesker said, they hope it will be available in several years.

“We are currently measuring patients throughout the TESTBREAST trial. There are almost 70 patients… who have had breast cancer in recent years, and we have longitudinal samples available to us. These are analysed and evaluated for six proteins and a number of additional markers with high potential,” she said.

Dr. Peddi said it is a “very fascinating idea” and fascinating that researchers are seeing a potential change in protein levels that can predict the development of breast cancer.

“I don’t see the actual proteins listed in the presentation, so I can’t speculate as to why the levels are rising over time/before breast cancer develops. Additionally, this needs to be assessed across the rest of the study cohort to confirm validity,” she added.

“I wouldn’t use this test yet because there is an association and other patients without these protein patterns could also develop breast cancer.”

“And second, we need to know whether an intervention with drugs that can reduce the risk of breast cancer — such as tamoxifen — would change the development of these patients and prevent them from developing breast cancer. These steps are needed as a future direction for this fascinating finding before it is adopted into clinical practice,” she concluded.