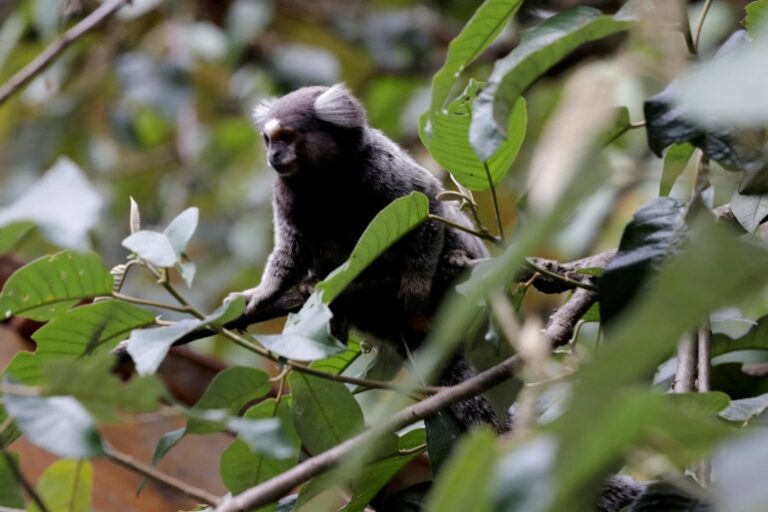 Montreal, Canada — Scientists, rights advocates, and delegates from nearly 200 countries are coming together in Canada this week to address one of the world’s most pressing environmental issues: biodiversity loss and what can be done to reverse it.

For years, experts have been sounding the alarm that climate change and other factors are causing an “unprecedented” decline in animals, plants and other species and are threatening various ecosystems.

Against this backdrop, the UN Biodiversity Conference known as COP15 starts on Wednesday in Montreal with the aim of developing a plan to combat global biodiversity loss over the next ten years and beyond.

“This is potentially a historic moment for biodiversity,” said Andrew Gonzalez, a professor at McGill University’s Department of Biology in Montreal and founding director of the Quebec Centre for Biodiversity Science.

Here’s everything you need to know on CNN Breaking News:

Biodiversity — short for biological diversity — refers to the many forms of life on Earth, from animals, plants, and microbial species to habitats and entire ecosystems such as rain forests and coral reefs.

Why is biodiversity important?

Biodiversity affects everything from global health and food security to the economy and the wider fight to combat the climate crisis, the UN explains.

More than half of the world’s gross domestic product (GDP) — around 44 trillion US dollars — is also “moderately or heavily dependent” on nature and is therefore vulnerable to its loss, according to the World Economic Forum in a 2020 report (PDF).

“Climate change is not the only rider in the environmental apocalypse. The loss of nature is just as great. And the two are intertwined. You can’t solve one without addressing the other,” said Carter Roberts, president and CEO of the World Wildlife Fund-US.

What is the state of biodiversity in the world?

In 2019, the Intergovernmental Science Policy Platform on Biodiversity and Ecosystem Services estimated that three quarters of the world’s land surface and 66 percent of the oceans were significantly changed. One million species are threatened with extinction, including “many within decades” unless serious action is taken.

“The rate of global change in nature over the last 50 years is unprecedented in human history,” the report states, citing five main drivers: changes in land and ocean use, direct exploitation of organisms, climate change, environmental pollution, and invasions of alien species.

“And it’s causing what many of us think is a mass extinction,” he said.

Habitat destruction has an impact on biodiversity loss and climate change. In addition to wild animals, nature stores billions of tons of carbon. Our goal at #COP15 is to sequester carbon and protect habitats.

What is COP15 and who is participating?

The conference from 7 to 19 December will be attended by representatives of the 196 countries that have ratified the 1992 UN Convention on Biological Diversity (PDF). Scientists, non-governmental groups and other experts will also be on site.

The aim of the meetings, which were moved from Kunming, China, to Montreal due to COVID-19 restrictions but are still led by China, is to create a framework to help countries find guidelines on how best to protect biodiversity. Although China hasn’t invited the world’s heads of state and government, Canadian Prime Minister Justin Trudeau is expected to attend an opening ceremony on Tuesday afternoon.

“We can no longer carry on as before,” said Elizabeth Maruma Mrema, Executive Secretary of the UN Convention on Biological Diversity, and called on states to adopt an “ambitious, realistic and feasible” plan.

What will the new framework include?

A draft (PDF) of the new biodiversity framework, published last year, included 21 goals that should be achieved by 2030. These include reducing pesticide use, increasing funding to $200 billion a year, and protecting at least 30 percent of the world’s land and oceans — the 30×30 proposal — through “protected area systems and other effective area-based protection measures.”

However, experts pointed out that the draft agreement, known as the Global Biodiversity Framework for the period after 2020, included many proposed amendments — indicated by square brackets — on which the parties disagreed, which was a cause for concern.

“We need a text with teeth — and a lot less brackets,” Sandra Diaz, professor and member of the National Council for Scientific and Technical Research in Argentina, recently wrote in Nature.

“This is how much we have learned in the 30 years since the Rio Earth Summit in 1992 drew attention to the impact of human activity on the environment: A strong, precise and ambitious text alone does not guarantee successful implementation, but a weak, vague and toothless text almost guarantees failure.”

What are the biggest challenges?

According to Gonzalez from McGill University, in addition to securing funding commitments and setting up implementation mechanisms for the agreed goals, the first major task of the conference will be to compile a “robust and ambitious document.”

Of the 20 goals set in the last ten-year global framework of 2010, the so-called Aichi biodiversity goals, none were fully achieved by 2020, according to the Convention on Biological Diversity (PDF).

“It’s not just about implementing it the old-fashioned way of putting nature behind a fence, so to speak,” Gonzalez explained about the challenge of implementing it in the next pact. “But it’s also about healthy people, healthy ecosystems.

“We’re seeing the rights of indigenous and local communities, women and youth being recognized, and we’re thinking about the long-term outcomes for everyone, not just this generation.”

What other issues need to be considered?

At the end of last month, Greenpeace called on richer countries to shoulder a fair share of the financial burden and help nations in the global South protect areas that are at risk of destruction. Similar debates about which countries should pay, which have dominated the recent COP27 climate talks in Egypt.

The Environmental Rights Group also called on governments to ensure that the next framework respects the rights and sovereignty of indigenous peoples who live in areas where most of the world’s remaining biodiversity lives, according to the UN and other experts.

Other rights organizations, including Amnesty International, also urged people to be wary of a framework that would designate 30 percent of the planet as “protected areas” — the 30×30 idea. Such efforts have in the past “resulted in widespread expulsions, hunger, illness and human rights abuses, including killings, rapes and torture across Africa and Asia,” they said in November (PDF).

“Given that 80 percent of the world’s biodiversity is found on indigenous peoples’ lands, it is obvious that the best way to preserve ecosystems is to protect the rights of those who live in them and depend on them.”

Can an “ambitious” agreement be reached?

Despite the ongoing questions and challenges, Gonzalez said he was “cautiously optimistic” that the parties will be able to get on the same page and achieve an “ambitious” framework. “There is tremendous momentum for biodiversity right now,” he said, referring to sub-national authorities and NGOs working on the issue.

A strong public interest in biodiversity could also help put pressure on decision makers. For example, officials involved in securing the 2015 Paris climate agreement recently emphasized the importance of making a “transformative” pact at COP15.

“Heads of state and government must reach a global agreement on biodiversity that is as ambitious, scientifically based and comprehensive as the Paris Agreement on climate change,” they wrote in an open letter last month (PDF).

“Like the Paris Agreement, it must encourage countries to make commitments and step up their action according to the size of the challenge. It must be inclusive, based on rights, and work for everyone. And it must lead to immediate action on the ground across society — our future depends on it.”